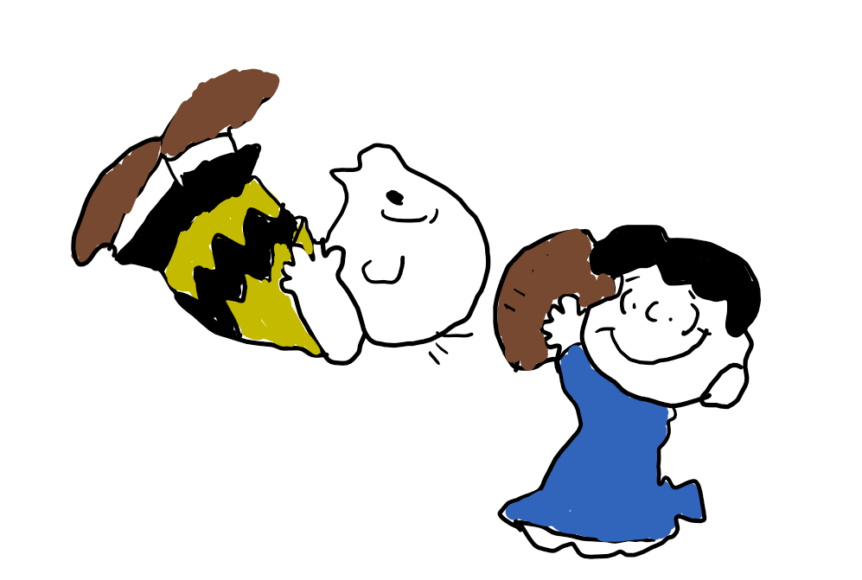 In the early days, investing was largely the domain of “caveat emptor,” or “buyer beware.” Before the 1930s, there was essentially no regulation of investments and securities. At the time, one judge observed that people were “Selling things no more material than the blue sky.” This led to significant regulation in the 30s and 40s to create laws around the sale of securities, to regulate securities exchanges, and to create regulation for the sale and brokerage of investment products and advice. These laws are still on the books firmly in place with regulation today, and have been complimented over the years by things like the Employee Retirement Income Security Act, Glass Steagall, and Dodd-Frank. For example, it would be illegal for an investment firm to guarantee a specific rate of return, or to sell a product touting that it has no risks, or to invest client’s money in things without performing appropriate due diligence. Yet, even today, “not securities” in the form of Non-Fungible Tokens (NFTs) and Cryptocurrency run rampant through financial markets, constantly touting guarantees and results that would otherwise be entirely illegal. How does this happen? More importantly, how did this result in the meltdown of a company valued from anywhere between ten and fifty billion dollars, with an expectation that anywhere from 50%-90% of the assets under its custody have simply vanished? Today, we’re talking about the FTX Fraud.

In Tax Law, there is a particular distinction between “Tax Evasion,” which is a crime, and “Tax Avoidance,” which is deliberately planning one’s affairs such that they minimize their taxes. The story of FTX is built on avoidance of securities laws; dubious avoidance, to be sure, but avoidance nonetheless. FTX was incorporated in Antigua and Barbuda, which have no such lofty institutions as the SEC or CFPB to protect consumers. Their founder, Sam Bankman-Fried (SBF as you will often see him referred to,) was raised by two Stanford professors who teach Law, and apparently picked up the lifelong lesson that “it’s not wrong if it’s not illegal.” As such, the company was immune from essentially all common laws and practices of good governance for investments and was able to take off like a rocketship, raising over $1.8 billion dollars since 2018. Notably, despite multiple rounds of investment, SBF prevented all investors from forming a board, and explicitly refused capital from those who insisted on it, telling one well known hedge fund manager to “go fuck yourself” at the suggestion that they adopt basic governance practices. Because the company was established overseas, the company was able to not only act as a custodian for retail client assets by claiming it didn’t serve as a custodian for US customers (a dubious claim, given that they also had “FTX US“), but also by acting as its own hedge fund, Alameda Research. Over the next four years, FTX would go on to raise more and more capital, building its footprint by buying failed Crypto projects and competitors and swelling to enormous size as the second largest Crypto company within just four short years. This also set the stage for its downfall.

A Hedge Fund Within the FTX Exchange

Hedge funds are technically private businesses with a general partner (the operator of the fund) and limited partners (its investors). They are typically reserved for accredited investors (those with over a million dollars in liquid assets or high income) and, on average, while some may substantially outperform the broader stock market, the average hedge fund underperforms the S&P 500 index due to high fees and the egotistical notion that its operators can beat the market consistently. However, in late 2018, a hedge fund called “Alameda Research” which was affiliated with FTX, went out on the market offering 15% guaranteed returns for their investors, claiming they could even guarantee higher returns for those who invested larger amounts. Unbeknownst to many at the time, the hedge fund not only was acting as an investment platform, but also as FTX’s market maker. Simply put, this meant that the hedge fund not only was guaranteeing 15% returns to its investors, it was also serving as a clearing house for all of FTXs investments. This is important, because this essentially meant that Alameda not only had access to assets that were placed with it and FTX specifically for it to manage, but also had access to money not committed to it. The easiest analogy to explain this would be if a major bank that also had an investment arm was borrowing the funds in your checking account without your knowledge to go invest.

Alameda’s CEO at the time of the company’s collapse was Caroline Ellison, who, after 19 months as a junior trader on wall street, became the co-CEO of a hedge fund running billions of dollars. The dubious nature of the decision to entrust her with this responsibility is quite visible in interviews (and I’ll be honest, when I first saw this interview sans context months ago, I thought she was supposed to be a child prodigy, not a grown woman acting like a moron while defrauding customers of billions.) It also was an open secret that both the FTX’s SBF and Alameda’s Ellison were in a relationship, an obvious conflict of interest from even the most casual of observers.

Still, the hedge fund, over the next four years, would go on to acquire several competitors that were flagging or failing, despite a lack of liquidity or intrinsic value to the acquisitions. While questions were raised about where FTX was drawing the money from to make these investments, without a formal governance structure or the oversight of the SEC to demand answers, answers were not forthcoming. Some pointed to FTX’s programs, such as “Project Serum,” in which investors were guaranteed higher returns on the money the faster they committed capital, rather than based on any form of due diligence or even selection of assets.

Pumping (and Dumping?) Your Own Balance Sheet

However, the acquisition of more investor capital and the capture of failed crypto projects was not simply for the purpose of growing scale. FTX would go out of its way to purchase small “shitcoin” projects (coins that were essentially worthless) and would manipulate the market to inflate its returns. By owning 100% of the underlying cryptocurrency, it would release a small portion of the holding to the marketplace, making the currency thinly traded and thus volatile. It could then re-acquire the currency aggressively, overpaying for it, such that it might pay several multiples of what it sold the coins for. However, because it may have only released as little as 1% of its holdings, by overpaying 10x for something like 1% of the currency, it could inflate the value of its remaining 99% by the same multiple, thus giving the appearance that it had enormous value on its balance sheets rather than a thinly traded currency that it had a monopoly on and that no one else actually wanted. This, in turn, allowed them to manipulate the market through their own exchange and market-making functions, essentially giving them “unlimited” capital… on paper.

The Beginning of the End of FTX Exchange

Leading up to the crypto crash that started earlier this year (bitcoin is down 64.35% year to date, or four times as down as the stock market, as of this writing,) Alameda had continued its practice of spending customer deposits on investments and in the form of loans. However, as the crypto crash took place, so too did a growing demand for redemptions from accounts. Herein, FTX finally got caught. Because FTX had lent out and spent so much of its customer’s money, it had almost non-existent reserves of capital. The result was that redemptions could not be met, and much like a run on banks before the Federal Reserve and FDIC insurance during the great depression, FTX was unable to meet redemption commands, and the house of cards has come tumbling down, as the lack of any value whatsoever on their balance sheet, along with enormous debts funded by the pledging of customer capital, has come due, to the point that FTX has been outright caught not just pledging customer funds, but stealing them to fund redemptions and to pay back more serious investors with the capital to take legal action against them.

What Has Been Learned Since the Collapse

Since the collapse of FTX, more has been learned than the “simple” narrative of financial crimes I just laid out. It has become known that SBF had a backdoor to the company’s recordkeeping, allowing him to manipulate financials without triggering audit flags and allowing him to steal directly from customers. It has become apparent that multiple cryptocurrencies and assets on their balance sheet are essentially non-existent, per the pumping scheme detailed earlier. Further, it has become apparent that even as institutional investment firms attempt to redeem their funds, that most will see losses greater than 3/4ths of their investments, if not total losses, by the time the affair is over. It has become abundantly clear that SBF, despite branding himself as an “effective altruist” who donated hundreds of millions to politicians and pledged billions to charities, was simply stealing customer money to fulfill these promises, and the promises have not gone unrewarded, with even the New York Times publishing an article yesterday in such glowing terms that you’d think it was a children’s cancer charity that had fallen on hard times. Let it never be said that money can’t buy you some incredible PR!

An anonymous Twitter account recently put words to the thing here beautifully. “People are talking about not blaming the victims for being taken advantage of, but the people who lost money with FTX aren’t the victims; they are the patsies. The victims were all of us who had to listen to the patsies call us stupid for not falling for it for the past several years.” And frankly? That anonymous account is right. Cryptocurrency is a mildly novel idea, built on a more interesting framework of decentralized blockchain technology, that has for the past decade been used over and over and over again as a medium for extracting money from the greedy and desperate and placing it in the pockets of charlatans. We have talked on this blog about it repeatedly, including cryptocurrency’s destruction of the environment and how the wealth it builds is almost entirely illusory. For every crypto millionaire, there are a dozen crypto victims. For every “fiduciary” investment adviser who talks nonstop about crypto and how financial planners are failing to serve their clients by not investing in it, there have been a dozen of us scratching our heads and going, “Yeah, but it seems to be bullshit.” Pardon the French, but back to the original quote: the victims of crypto scams are no longer just those who lose money. At this point, anyone who invests in crypto is knowingly putting their money in a paper shredder and hoping that gold comes out the bottom. The victims are those of us who have to listen as they won’t shut up about it. But as the old adage goes: “Play stupid games: win stupid prizes.”

Still, there is some silver lining to the whole debacle of FTX’s crypto-fraud, simply the largest and most visible of a long line before and a long line to come. That silver lining? Michael Lewis, of “The Big Short” and “Moneyball” authorship fame, has apparently been embedded with SBF for the past six months. I look forward to seeing Jonah Hill play SBF in the film, which I’m sure will follow the book.