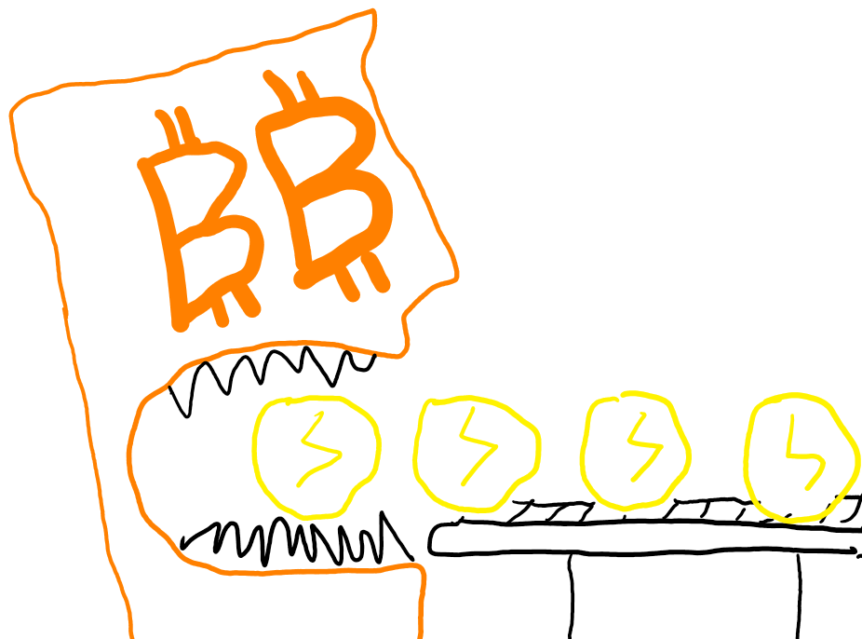 Set up a camera in front of your home and start recording. Do this for two and a half months. When you’re done watch a sped-up time-lapse of the recording. Observe how often and for how long the lights are turned on at night. Watch the garage door roll up and down from time to time. See steam or smoke from vents floating out from the stove, dryer, and other appliances in the home. See the flickering glow of television screens and computer monitors. Watch the video doorbell light up as people drop off packages or come by to visit, and remember that it’s looking right back at your camera, silently watching. Remember how for the past two months your home was cool or warm as needed, providing such spatial comfort that you forget temperature is even being controlled. Remember how many texts you sent, emails you read, and posts you scrolled through on a phone you charge there every night. Now that you’ve done that, consider this: Much of the warmth, comfort, safety, entertainment, and utility that the home provided for the past two months probably feels almost immeasurable when you try to add it all up. Much of it used electricity or natural gas, consumption of what has provided you with enormous utility, even if the energy bill itself didn’t seem like it was too great at the time. Yet, that same amount of energy consumption would be consumed just to process a single transaction on the distributed ledger of bitcoin. To give you another equivalency, that’s the same as 1.5 million transactions on the Visa network in terms of power consumption and 2.7 million transactions in terms of carbon footprint. The average American performs 1,500 transactions per year, so for scale, that’s 1,333 years’ worth of Visa transactions to process a single exchange of bitcoin. Why give you these examples? Because it’s time to stop pretending that bitcoin or other blockchain assets serve any functional purpose and that they do more harm than good. Today, we’re discussing the disaster of crypto.

The phrase “Bitcoin Solves This” emerged from an unironic claim by many in the cryptocurrency space in the early days and proliferated throughout social media over the past several years as more and more outlandish claims were made about the nature of bitcoin. Bitcoin, it has been claimed, can solve:

Yet, in the more than a decade that Bitcoin has been around, Bitcoin and blockchain have solved zero problems. That isn’t to say that the technology lacks utility, because blockchain technology has been used to create many underlying technologies, cryptocurrencies, and other products such as NFTs. The problem is that the technology hasn’t actually solved any problems by doing so. Blockchain technology and cryptocurrency’s proof of work requirements consume enormous amounts of energy (equivalent to the energy use of the entire country of Egypt every year) which does nothing for environmentalism or advancing the use of renewable energy. Inflation in fiat currencies affects cryptocurrencies simply by proxy of the issue of supply and demand in the local markets for consumption of the underlying goods and services, which is not ignored by any form of currency. Cryptocurrencies are accessed either through traditional brokerage-type accounts for cryptocurrency exchanges or through complex digital wallet systems; neither of which are easily accessible to people who can’t find a credit union to open a checking account or lack the credentials (i.e. citizenship verification) to open an account at a financial institution. Even the claim that cryptocurrencies can hedge against market volatility or drops in the market is wildly overstated; cryptocurrencies such as bitcoin not only have a negative risk-adjusted return (meaning that the average return declines per unit of risk,) but also have reached an all-time-high correlation with traditional equity benchmarks such as the S&P 500.

Even the most commonly touted arguments of blockchain technology’s potential efficacy in markets fall flat on their face when even slightly challenged. Last week, Web3.0 advocate and a16z advisor Packy McCormick attempted to explain how blockchain technology could be used to create greater efficiency in real estate transactions by making real estate transactions NFTs. When his interviewer pointed out that putting the title to a home on the blockchain simply meant that the ownership had been tokenized, which then could not be enforced in any tangible sense except through the traditional mechanisms of going to court, filing a lawsuit, and using non-NFT-based instruments for enforcing the terms of the transaction, the example immediately broke down; because while putting the title to a home on the blockchain sounds smart, it doesn’t actually accomplish anything. Worse, the underlying use case of such an NFT might even result in a court ruling that a creditor could seize the digital NFT “title” to the home, but not the home itself, in the event of default; and to add insult to injury, because blockchain transactions are public, owners engaging in such exchanges would have no privacy regarding the transaction in the first place.

Despite the interesting nature of the underlying technology of blockchain, the simple fact is that it doesn’t accomplish anything that “conventional” technology hasn’t already provided. Even claims of the security of blockchain transactions are specious for two reasons: first, the public nature of blockchain transactions means that there is no privacy for the parties involved in the transaction; Second, while the distributed ledger prevents recordkeeping manipulation, it does not provide any special security against traditional methods of theft.

Beyond the simple fact that cryptocurrencies and bitcoin do not provide any material utility to the world, come the underlying issues of the things themselves. To date, it is still not known who the anonymous “Satoshi Nakamoto” of Bitcoin inventing fame is. Subsequent offerings of digital assets have been rife with fraud. A study in 2017 found that 78% of initial coin offerings were outright fraud. Investing in new cryptocurrencies at that rate is the investment equivalent of playing one-man Russian roulette with four to five bullets in a six-cylinder revolver. In 2019, Bitwise Asset Management presented to the SEC that 94% of cryptocurrency transactions on exchanges were fraudulent. To date, over 40% of bitcoin is held by 1,000 private users. For scale, all the billionaires on earth (735 of them) only own 0.3% of the wealth in the world. If any number of those 1,000 users decided to dump their holdings of Bitcoin, they could single-handedly crash the value of the entire asset; and not just of bitcoin. The correlation of Bitcoin to Litecoin, Ethereum, and Ripple is greater than 95, 91, and 83 percent respectively. If one of these major cryptocurrencies goes bust, so do the others.

Meanwhile, even the digital ecosystems that are popping up as a vision of the future run through blockchain and virtual reality are running into financial issues. The metaverse, as touted by “Meta” CEO Mark Zuckerberg, so far includes 10,000 NFTs built on the Ethereum blockchain; those NFTs are then explorable through virtual avatars. In an attempt to create gold from straw, the creators of these NFTs are establishing finite space within their respective virtual worlds, generating false scarcity which can then be used to force users into a limited space, which in turn gives value in that limited space in the form of finite attention you can give within the space, which can be used to generate “value” through advertising for real-world products or online stores. While there is an argument to be made for generating a scarce environment to avoid attention becoming “too distributed” within the various virtual worlds, the metaverse itself serves no real point. We already have digital “town squares” and “reunions” through platforms like Twitter, Instagram, and Facebook. We already have digital storefronts for both physical and digital products via Amazon, Etsy, and other digital retail platforms. Not to be the Luddite decrying new ideas, but like the blockchain and cryptocurrencies itself, the metaverse and its related products and “value” don’t actually solve anything; they’re simply rent-seeking.

At the end of the day, the thesis that blockchain technology and its current use as a store of value or investment simply doesn’t hold water. That’s a problem. Because while people are continuing to pontificate and advocate for blockchain technology, cryptocurrencies, NFTs, and other digital assets, it is causing real harm. Presently, 13% of the world is energy insecure and does not have reliable access to electricity. Yet we’re currently using 0.69% of the world’s energy every year on what is essentially nothing. That may not seem like much by comparison, but diverting that wasted energy could bring 54,881,574 people out of energy insecurity and one step closer to modern comfortable living.

There is a real human cost to the waste generated by the blockchain ecosystem. It is time that we stop playing the greater fool in the digital asset ecosystem and start focusing on improving the world through practical applications of technology, energy, and effort. As far as the investment element is concerned, while I am an avowed skeptic of ESG products, I cannot fathom considering yourself an environmentalist while gladly shoveling the equivalent of the 26th most energy consuming country’s worth of energy through an incinerator every year for the purpose of speculating on a Fugazi. It is simply time that we stop.