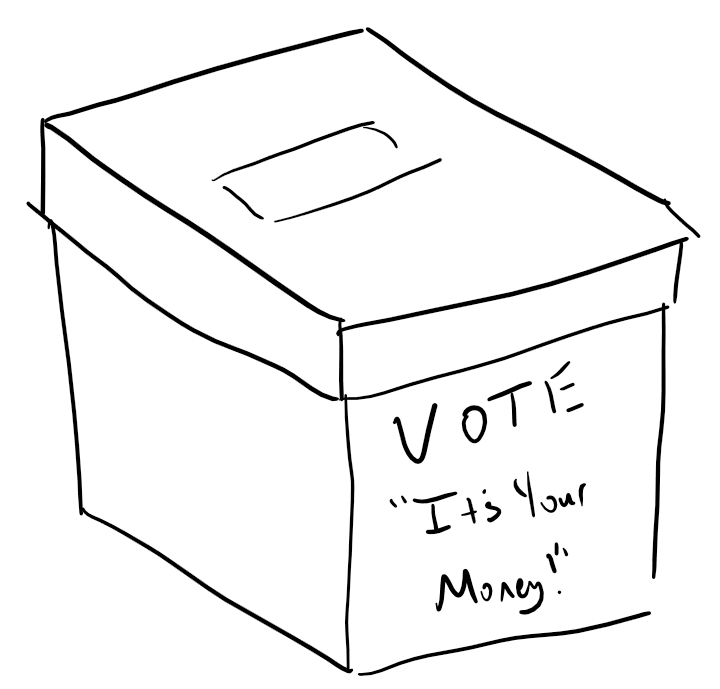 We received our 2022 Statewide ballot information packet in the mail yesterday. Not one to let an opportunity to read exciting political descriptions of things like mill levies and income taxes pass us by, we’ve decided to pass comments on the financial impact of each ballot measure. Whether you support the underlying issues and causes is a separate question, but today we want to help you understand “what’s in it for me?” and “what does it cost me?” We will use a star system to highlight bills with a moderate or high financial impact like so.*

Opinion: Little financial impact. The impact is most significant if you are a landowner in Colorado, but will likely be measured in pennies.

Under current law, a non-profit must be in operation for at least five years to hold a bingo raffle for a fundraiser, and cannot pay the operator of the bingo raffle. This amendment proposes reducing the number of years to three from five and allows the operator to be paid.

Opinion: No financial impact, unless you work for a non-profit or want to make a living as a charity bingo operator.

It is noteworthy that while the tax difference itself seems nominal at face value, the amendment does not include any language regarding inflation adjustments or changes to the standard deduction caps. This means that as time goes on, sans an additional constitutional amendment, this will generate more and more revenue for the state, including potentially capturing “middle class” earners in the future as wages and the cost of living continue to inflate. It is also noteworthy that the income cap doesn’t change for married filers, meaning that married couples are much more likely to be caught by this tax than single people.

Opinion: The bill has a moderate-to-significant impact if as a household earns more than $300,000 per year. It will increasingly impact more people as time goes on, sans any constitutional amendments to adjust the noted caps.

This proposal suggests adding a fiscal summary for any ballot measure that increases or decreases state income tax rates, to show the average change in taxes for tax filers in different income categories. Functionally, this bill only provides voters with more “real dollar” information when faced with income tax ballots.

This proposal suggests reducing the state income tax rate from 4.55% to 4.40%. For earners of the following income levels, this would be the approximate impact:

Opinion: This reduces everyone’s income taxes, but may come at the expense of state programs.

Legalizes psychedelic mushrooms (“shrooms”) for those over the age of 21 and allows for some retroactive decriminalization of those arrested and penalized for possession in the past. Does not include any proposals for taxation, as was the case with Marijuana legalization.

Provisions an amount equal to 0.1% of Federal Income Tax paid in Colorado as a balance that is dedicated to affordable housing programs, with 60% of the apportionment on reducing rents (subsidies), purchasing land for affordable development, and building rental properties for lease. The other 40% would be dedicated to programs that support affordable home ownership, serve homeless persons, and support local planning. Requires that local governments would be required to commit to increasing the number of affordable housing units annually by 3%. Does not come as an additional tax, but the 0.1% balance would be exempted from TABOR limits and would come out of the general fund.

Opinion: Low general financial impact, high specific financial impact. This bill does not explicitly increase your taxes but does increase the spending power of the state with regard to affordable housing. The financial impact will be difficult to measure but may result in a “donut hole” problem for middle-income earners. The program won’t impact high earners (one side of the donut) and will help the other side of the donut (low earners.) However, those in the middle (the donut hole) may find that if their income is just high enough, they’re excluded from the support these programs provide, but find that subsidized dollars flowing into the rental market and supporting lower-income earners trying to buy homes, increases their cost of living both in rents and competition for home ownership.

Opinion: This has the potential to increase competition and reduce the cost of alcohol sales, but at a small business cost. Colorado is one of the only states that have restrictive limits on liquor stores, which is why you see very few Targets, Walmarts, and King Soopers with liquor sections, and a lot more small mom & pop liquor stores around Colorado. This bill would make it so that large chain stores would, by 2037, be able to sell a full selection of liquor at all locations. This economy of scale and competition would likely push down on alcohol prices but at the cost of potentially putting mom & pop stores out of business. This is also the first of three concurrent proposals that come together, and you’ll see why.

Would expand the license for grocery stores and convenience stores to sell wine, in addition to the current allowance for beer.

Opinion: This proposition goes hand in hand with 124, as wine is held under a separate license from beer and liquor. This expansion would essentially make parts of 124 “instant” with regard to wine, with only Liquor being staged over the next fifteen years. This again has the potential to increase competition, but at the cost of mom & pop liquor stores.

This proposal opens up an option that we saw a temporary version of during the pandemic, specifically the “Take and go” or “delivery” of alcoholic beverages along with other foods and groceries.

Opinion: We’ve already dabbled with this proposal, but what this functionally does is allow players such as Doordash, Grubhub, and Instacart to act as liquor delivery services. While similar services exist in some form (Drizzley), this opens up the market for you to order something like a beer to come with your burger delivery. This would likely further support the adoption of wine and liquor sales from grocery stores as well, as it could take advantage of the competition created by larger companies entering the market for those product sales in conjunction with the convenience of delivery, which in the current market can be cost-prohibitive.