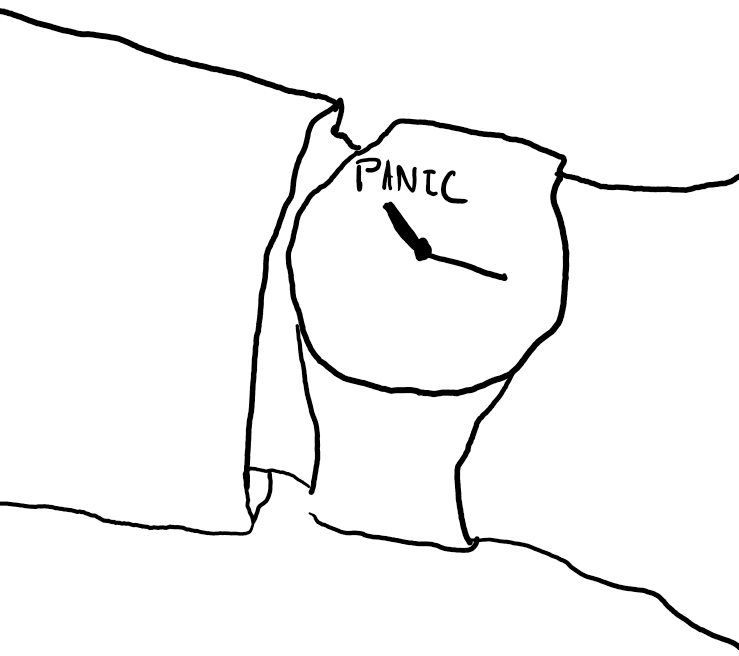 An acute observation in psychology is the effect of stress on human beings. Studies on soldiers during war show that they can handle the stress of combat for only up to about 60 days straight before they reach total psychological catatonia. Even those not in that pinnacle stressful environment can experience anxiety, depression, digestive problems, headaches, muscle tension, heart disease, sleep problems, weight gain, and any other number of ailments and health issues. It would seem to go without saying that stress, despite the lack of physical injury, does not leave people unhindered and unharmed, even in small doses. One of the most interesting things about the study of stress is that stress does not have to increase for ailments to arise; it is the simple exposure to a stressful environment over time that can cause these conditions to arise. All of these observations to say that as a financial planner, I am seeing financial stress in people regarding what has otherwise been a persistent financial and market environment for several months now. Today, we’re talking about what’s happened in the markets since the start of the year, and how financial stress and time in the markets can go hand in hand.

Year to Date, or “The Story Thus Far”

Back in January, we published a piece called “Thriving During a Market Correction,” which announced that the US Stock market had slipped into a correction in early January. Ever since then, it has been a going perception by many people in the public and many clients that we have observed a belief that the market is continuing to slip and sink lower and lower. In January, we heard the odd comment that the sudden market drop was surprising, but also heard the optimism that “these things happen.” Given a full quarter of the market more or less holding still, we’ve begun to hear familiar concerns and doubts about the state of affairs. “The market is taking a beating,” “What do you think about the possibility of a recession?” and so on. Yet, as the environment has also improved during certain periods of the year, the inverse never comes into the conversation. To give you a measure, early in January the market slipped about 12%. Since then, the market has recovered as much as 4%-6% in any given monthly period, though the volatility of the markets has persisted, often ending the months close to or just marginally below that same 12% mark from January. Meanwhile, the news maintains the old expression: “If it bleeds it leads.” Though there have been some large gain days in the marketplace, this positive news never makes as much of a splash or garners as much attention as negative days. Thus, though the market has not largely gone much of anywhere since January (some assets have losses, others have gains, but the net gain/loss since January is within a few percent), the perception is that things continue to grow significantly worse.

Thus, there is an ongoing assault on your resilience to financial stress. The media quietly announces positive days in the market and shouts loudly at every slight or loss in the markets. Headlines touting the spike in gas prices ignore the return on commoditized assets. Discounts in the cost of tech company investments are hailed as the beginning of the end. All of this aligns with prospect theory and our knowledge of financial psychology. Human beings are more sensitive and aware of losses and generally seek to avoid or mitigate such losses more than they seek to maximize gains. Prospect theory shows us that many people would rather experience a small guaranteed loss than the low probability of a significant loss, an example being accepting a guaranteed $2,000 loss than the 25% risk of losing $8,000. Further, the framing of a financial scenario like the one I just described can heavily influence the decision-making of an individual. If we take the same example and say, “You have a 75% of losing nothing,” people are not proportionately likely to choose the no-loss scenario; they are still substantially more likely to take the guaranteed hit. Thus, despite the fact that markets have been relatively flat since January, the framing of the markets has begun to lead many people (including the talking heads on the news) to discuss financial markets and assets in the frame of “mitigating losses” rather than holding to a simple maxim: Time in the markets beats timing the markets.

Allow me to present a simple demonstration to show the measure of how the perception of things affects our point of view. Below is a table of the year, the return on the S&P 500 index in the year, and the “intra-year” low. That last term simply means the “lowest point of the year relative to the start of the year,” which you would have experienced as “a short-term loss” in the framing of watching your portfolio every day versus only checking it after the market closed on December 31st. If you bought an S&P 500 index on January 1st of any given year and held it to December 31st of that year, you’d have gotten the end of year return. If you’d bought on the same day but sold on the intra-year loss day, that’s how much you’d have lost.

What do you see? You see that despite the level of volatility (with differences exceeding 50% in some major years!) that not only are most years summed up by positive returns but the margin between the low point of any given year and the year’s endpoint (not even the year’s high point) can be enormous. This is one of the most important variables of studies from Morningstar, Vanguard, and Russell regarding the value of a financial planner. Beyond all the technicalities of tax laws, estate planning, asset selection, and allocation, and the thousand other sub-topics we cover in our training and expertise, one of the most valuable things we can do is keep you invested. That’s it. Not pick the best investments, not avoid the lemons outright, but to ensure that regardless of the market conditions, that you stay invested over time. Because it turns out that timing the markets is effectively impossible. But time in the markets is easy and profitable over time, so long as you have the discipline (or a helping hand) to keep you in during the good times and more importantly, the bad.