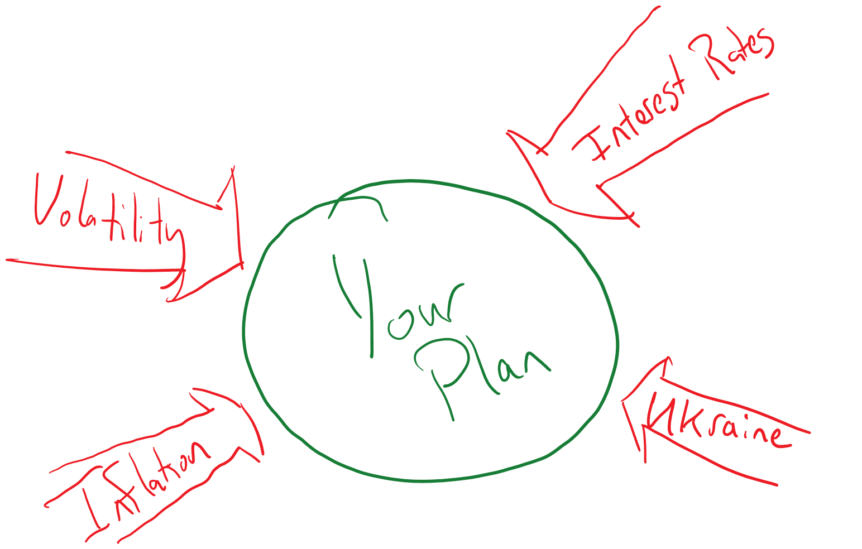 At the battle of the Chosin Reservoir in the Korean War, the Chinese and North Korean armies surrounded the United States Army X Corps and First Marine Division with over 120,000 troops. The winter conditions and a cold front out of Siberia sent temperature plunging as low as -36F, causing blood and plasma supplies to freeze, and injuring thousands of troops with frostbite. The terrain was mountainous and undeveloped, causing just as much hazard for emplaced troops as those on the move. Upon receiving the report that their position had been surrounded by the enemy, Colonel “Chesty” Puller of the First Marine Division stated: “Good, they can’t possibly escape us now.” Ten days after being surrounded, the American forces broke out of their entrapped position at the reservoir. Despite being surrounded by a force four times their size, the Americans suffered only 17,843 casualties while the Chinese reported 48,156 casualties of their own.

Why is this piece starting with this story of a battle against overwhelming odds? Because this week the U.S. Stock market has entered correction territory for the first time since March of 2020, and though it happens all the time, it can seem like an overwhelming and terrifying event to see large red numbers in the news and on our portfolio reports. Despite how frightening such a sudden event can be, given an appropriate plan of action and the confidence to execute it, you can come out ahead. So today we’re going to discuss corrections, how often they occur, how big they are, and what we do during the “down times.”

What is a Correction?

A correction is defined as any decline in an asset’s value of 10% or more from its most recent high point. The NASDAQ entered correction territory last week and as of Monday this week, the S&P 500 and DOW Jones have also entered correction territory. A correction is called a correction because it is generally believed that corrections occur rarely, but significantly in that they often represent that the market was “overpriced” in the time period immediately prior to the event. When the market then reduces in price, it represents a correction to a more appropriate price for those assets. By extension, a bear market (which has not happened in the present decline), is defined as a 20% decline from that same high point. The cause of a correction is rarely the same; it can be caused by government policy, interest rate changes, world and economic events, or the simple whims of where the “animal spirits” of those participating in the market are taking it.

How often do corrections happen?

Since 1950, a correction has happened on average about every two years. They don’t happen like clockwork, some happening closer and further apart from each other. The worst correction on record was from October 9th, 2007 to March 9th, 2009, which we record and know as the great recession caused by the housing bubble. Since that great correction, we saw a correction of 16% in 2010, 19.4% in 2011, 13.3% from 2015-2016, 10.2% in 2018, 19.8% in 2018, and 33.9% in March of 2020. In that same time period, the S&P500 has grown by 183.27% since the high point before the great recession and 558.14% since the low point of that recession. Simply put, while recessions present high-stress environments, despite the regularity and significant double-digit declines they represent, the long-term returns from these events largely outweigh the short-term shock the corrections can present.

Thriving During a Market Correction

There are multiple layers of strategy that help a professional manage the environment of a market correction. First and foremost is that old expression: “An ounce of prevention is worth a pound of cure.” The first thing anyone would, could, and should do before a correction happens is have a portfolio allocation that they can tolerate market volatility in. Those who are ultra-aggressive in their risk tolerance will ride the biggest waves during a market downturn and will soar higher than others during bull markets. Those who have more need for stable asset values or who can’t stomach the wild ride of the markets are better suited to a conservative portfolio. In either case, going into a correction knowing that your portfolio is conservative and won’t suffer as much, or that it’s aggressive and that you’re in for a ride is a critical first point.

Once you’re in the middle of the correction, there are two incredibly valuable tools available to you: rebalancing and tax loss harvesting. Rebalancing sells assets with higher-than-proportional value to buy assets that have lagged or declined in value. Doing so during bull markets means that you’re selling off appreciated equities to buy more conservative fixed-income assets. During a downturn, the opposite, as your more stable fixed-income assets are sold to buy equities at a deep discount, which then proves profitable during the market’s recovery. Tax-loss harvesting is the act of “Swapping out” certain assets at a deliberate loss in order to create losses in your portfolio for tax purposes, which you can later use to get a larger tax refund or to offset future gains in the portfolio. The trick of this strategy is to swap from one asset to another very similar (but not identical!) asset, which will likely follow a very similar course to your original asset. In doing so, you stay invested but cut your future tax bills down significantly.

The Final Trick to Thriving During a Market Correction

Stick to your plan. If you were aggressive going into the correction you’re going to be in for a bumpy ride, but being aggressive up to the point of the correction likely means that you’ve made significantly more money d8uring the bull market than your conservative peers. Now isn’t the time to buckle! If you’re conservative, you were conservative with the risk of a future correction in mind in the first place. Hold your position and you’ll come through the other side just fine. If the United States can turn a certain defeat in a hostile land, on hostile terrain, in hostile temperatures, into a victory against all the odds, you can survive some red pixels in your newsfeed.