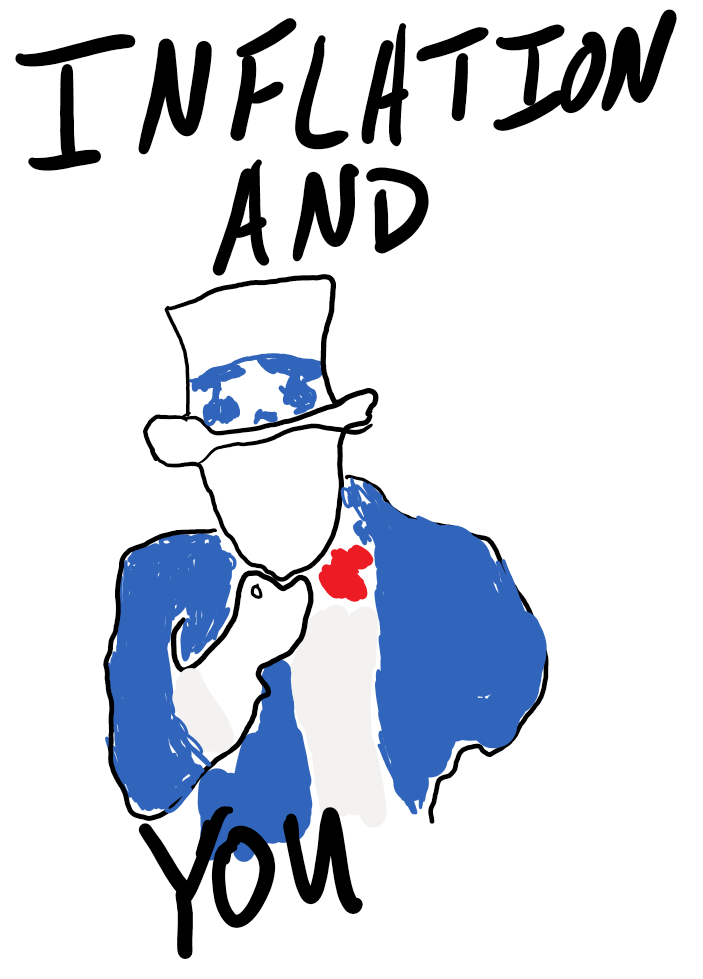 In case you’ve forgotten, inflation is the simple principle that over time, the value of existing currency declines as the perception of the public is generally that things get more expensive with time, and that as the population grows, there is a natural growing demand-side pressure on the supply-side of the economy. Inflation has been all but absent for the past decade, hovering a little over 2% since the great recession, and largely driven by slower than desired economic growth throughout multiple presidential terms and the Federal Reserve keeping interest rates low to help spur investment and growth in the economy. Because it’s been a while since we’ve seen inflation, today we’re going to have a refresher on the concept and the effects it could have on you.

Setting the Stage for Inflation

With the pandemic beginning to wrap up on a domestic level with vaccination levels getting closer to herd immunity levels by the day, the economy has begun to open up in a strange new way. In response to the health crisis posed by the pandemic, restrictions placed by state and local governments resulted in the permanent closure of many businesses, ranging from salons to restaurants. As a result, as people begin to come out of quarantine and seek out the luxuries of pre-pandemic life, there is even less supply than there was at the start, and as such the demand pressure is causing inflation to increase at a rate we haven’t seen in years. That rate? A whopping 3%. Very dramatic, I know, but compare that to pre-pandemic inflation of approximately 2% and that’s a 50% increase in the inflation rate on a relative basis. 3% isn’t a huge shift, but it shows up everywhere. Stocks and particular bonds are re-priced to reflect the inflationary environment. Mortgage rates have crept up despite the Federal Reserve remaining steadfast in its commitment to low rates. And of course, there are impacts on your wallet.

Inflation and Your Wallet

It’s customary, borderline expected, that employees will receive raises at least once a year. This is normally attributed to loyalty, having been with the company for so many years, experience, and so on. While that’s all good, and there’s certainly value to having loyal employees stay with a company for the long haul, there’s a more practical reason we should all be interested in those annual raises: Without the raise, you’re getting paid less than you were when you started. When a company offers its round of annual raises, many people are happy to get them but disappointed in how small they are. This is largely the consequence of most raises being based simply on adjusting for the consumer price index, which measures the real price changes in assorted products and services over time. For example, if you were being paid $100,000 a year in your first year, and the CPI had gone up by 3% as it has over the past 12 months, then a raise of anything less than $3,000 would represent the company paying you less than you were paid at the outset. While the dollar amount might have increased, the purchasing power might have decreased. Historically, raises were much larger during times of higher inflation. In the early 80s, it wasn’t uncommon to receive a double-digit raise every year during years in which inflation sat around 10%. This all is extra important for those who live on a fixed income. For those with pension plans or who survive solely on social security, cost of living adjustments become incredibly important factors in their retirement outlook, as administrators for their plans and benefits may or may not adjust payments for inflation. This risk is particularly significant for those working in the public sector, such as teachers and law enforcement, whose benefits are largely based on PERA or other pension-based systems.

Inflation and Your Mortgage

While inflation is often considered dangerous for an economy, and we’ve seen cases such as Zimbabwe where hyperinflation has rendered savings and currency worthless, inflation does have some positive merits. For example, over the past decade, mortgage rates have been kept extremely low by merit of the Federal Reserve’s monetary policy and continued low inflation. For those who are buying a home soon while rates are still low or who have bought in the past few years, a long-term increase in inflation would help reduce the cost of the mortgage from a value standpoint. While property taxes might accelerate, the amortization schedule of the mortgage on a home would not change, and one can easily envision a future in which the mortgage payment is half what it used to be on a relative value basis, whereas if inflation keeps to its current track, even by the end of a 30-year mortgage the price would not quite have reached the point of being half as much on a relative basis.

The one critical factor to keep in mind with an inflationary environment is the core measure of the metric: the value of a currency. United States dollars will not price-adjust to inflation because they mechanically cannot. As such, decreasing cash holdings and increasing asset-based holdings is an important step for protecting the value of your portfolio from inflationary pressures. Historically, safe harbors have included equities, homeownership, and assorted commodities and tangibles that serve as an inflationary hedge. However, be cautious in protecting a portfolio. While gold-bugs and various infomercial firms love to tout the value of precious metals as a hedge against inflation, understand that there is no guarantee that an asset will smoothly reprice its value to reflect inflationary pressures, and that many inflation hedging assets are still ultra-volatile. Others will say that cryptocurrencies can provide a “futuristic hedge” against inflation, but as the value of Cryptocurrencies just tanked by a cumulative trillion dollars over the past week, such ultra-volatile assets are best kept at arm’s length. Ultimately, each individual investor must seek out appropriate shelters for themselves, but there are specific assets to reduce exposure to: illiquid investments such as certificates of deposit which have significant reinvestment risk, long-duration high credit quality bonds which are likely to lose significant face value in a rising interest rate and inflation environment, and any other investment that is heavily correlated to the current interest rate environment or has a long holding period.