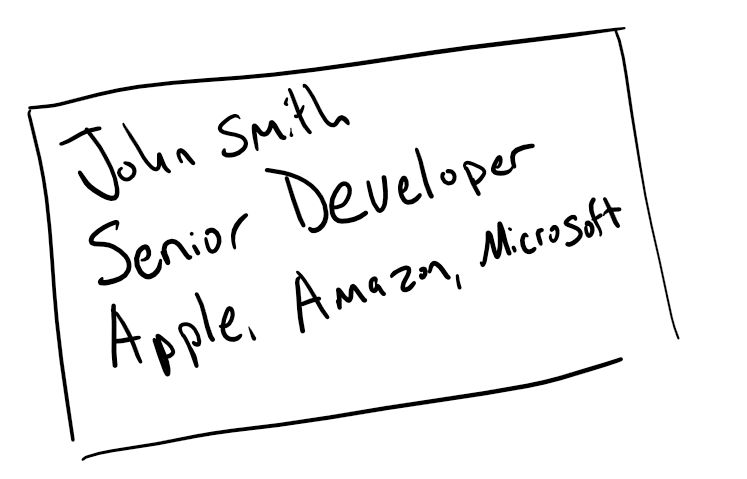 It’s not uncommon for us to hear about being underemployed; the popular “college graduate working at Starbucks” sort of observation is often raised as a criticism of higher education and the low return on investment from many majors. Yet, there is an inverse term that we’re talking about today: overemployed. This term shares a resemblance to the expression “working two or three jobs” but differs significantly. Those who would describe their employment as working two jobs often do so out of economic necessity, working well in excess of forty hours a week just to make ends meet. In turn, an overemployed individual willingly takes on two or even three jobs at a time to maximize their income to build up wealth rapidly. Today we’re talking about the “maxims” of overemployment, the risks therein, and some of the compensation planning elements that are specifically triggered by people who are overemployed.

Overemployed.com, a website specializing in overemployment advice, tips, and tricks, lays out twelve rules for the overemployed:

Taken as a whole, the advice for being overemployed is boiled down to a simple idea: Have a job that lets you work remotely, get a second job that lets you do the same, and attempt to fly under the radar doing both as long as possible in order to maximize the income from both jobs. This is obviously a very mercenary mindset and one that many object to, given their personal values of loyalty, culture, or being mission-driven in their careers. We’re not here to talk about the ethics and morals of overemployment; some will say it’s fine, some will say it’s not. But it’s worthwhile to highlight that overemployment is well suited to those working in technology professions and within larger organizations where they can be “lost in the shuffle,” with varying degrees of success for jobs outside of technology. It’s noteworthy that overemployment might be an outright crime in certain professions. For example, for financial planners as licensed investment adviser representatives, financial planners must have a license to practice attached to a specific firm and must disclose all outside business activities, i.e., anything that they do to make money other than being a financial planner. Other examples where the legality of overemployment is dubious are occupations such as working as an attorney, where conflicts of interest and duties of loyalty to clients could very quickly cause an overemployment strategy to implode or violate legal ethics. And all of this goes without saying, but it bears repeating: Being caught being overemployed risks being fired from one or multiple jobs, as well as being blackballed in your profession if the niche you live in is small enough for word to get around. In other words, overemployment can be lucrative but is certainly very risky on a professional, if not personal, level.

Compensation Planning for the Overemployed

Because most people working in the overemployed space are working remotely, and in technology, there is a high likelihood that benefits and compensation will be significant and competitive. Compensation packages are likely to include the full suite of insurance (health, vision, dental, life, and disability policies) in addition to a retirement plan and possibly equity compensation. Here we call out the specific considerations of these benefits:

Health, Vision, and Dental Insurance: While nothing legally prevents you from doubling up on health insurance, the benefits only overlap; they don’t stack. Thus, if you have a deductible of $1,500 for one policy and $3,000 for another policy, expenses up to $1,500 will satisfy the deductible of the first and will still be $1,500 short for the latter. Unless health insurance is given freely by the employer in both instances, there is little reason to have “double health insurance” or to incur the costs. Of course, this could be a bit of a tell to an employer for a single employee. “Why aren’t you signing up for the health insurance?” is a much easier question to answer when you can reply, “I’m on my spouse’s.” Ultimately, accepting one health, vision, and dental policy from one employer or as a split of both is fine. You do not need double insurance unless, as mentioned before, it is given freely in both cases.

Life Insurance: Life insurance is often given by employers to employees free of charge up to $50,000 or 1x their annual salary. Life insurance given by the employer in excess of $50,000 ends up causing the premiums above that cost to be treated as income, so excessive or unwanted employer-paid life insurance can actually come at a cost to the employee in the form of income taxes. That said, there is no practical double-dipping or limitation issue with having life insurance from multiple jobs. However, some policies may ask you to disclose other life insurance as part of your application and enrollment. You are unlikely to have to answer where the insurance is coming from, but it’s a very small tell if you have other $50,000 life insurance policies out there and is a much bigger tell if the insurance carrier is the same for both jobs.

Disability Insurance: Much like Life Insurance, there is no issue with overlapping disability from a “getting caught” standpoint. However, disability insurance taxation is tricky, and you should be cognizant of how the overlapping rules work. First, if you pay the premiums or a portion of the premiums, the benefit or portion of the benefit equal to the part you pay are tax-free. In turn, your benefit is taxable if your employer is paying for the disability insurance. This means a 60% income replacement policy could actually replace 60% of your income or it may replace less than 30%, depending on your income level and income taxes. It’s noteworthy then that you cannot “stack” disability policies. For example, if you have a 60% replacement policy and a 50% replacement policy and become disabled, you’re only going to end up with 60% income replacement, not 110%. This mechanism exists, and insurance carriers do communicate with each other to ensure that their customers aren’t committing disability insurance fraud to increase their income by “not being able to work.”

Retirement Plans: Many employers offer their employees a SIMPLE, SEP, or 401(k) plan. These are tricky to coordinate, but there are some valuable applications to be aware of and some dangerous pitfalls to avoid. In the case of the SIMPLE IRA, the 2022 contribution limit is $14,000 for those under 50 and $17,000 for those 50 and over. Notably, you cannot contribute the maximum to both a SIMPLE IRA and a 401(k) in the same year. This means contributing up to $17,000 in a SIMPLE IRA would cap your 401(k) contributions at $3,500 or $10,000 in 2022. In turn, if you have a 401(k) and max out your contributions to the 401(k) plan, you will not be able to contribute to a SIMPLE IRA at all. Both of these plans come with non-elective or matching contributions from employers, often ranging from 2%-6% in some form. It behooves an overemployed individual to contribute enough to get the match from their SIMPLE IRA and then to max out their 401(k) beyond that point, except in rare cases where their base compensation is so high that it causes an issue with the contribution limits of one or the other (this would be very rare and require the SIMPLE IRA job to pay in excess of half a million a year.) The other plan in the room is the SEP IRA; this is not pooled with the 401(k) or SIMPLE IRA’s contribution limits because as an employee, you do not pay into this plan; rather, your employer pays into it for you. The only limit to be aware of with the SEP is that the aggregate contribution to all your types of retirement plans, inclusive of your contributions, matching, and non-elective contributions from employers, is going to cap out at $61,000 for those under 50 and $67,500 for those over 50.

403(b), 457(b), 401(a), and Pensions: These are less likely retirement plans for the overemployed simply because these are more often found in non-profit, hospital, and government jobs, all of which may come with clear and explicit requirements of disclosure of other jobs or outright prohibition due to conflicts of interest and pay to play laws. What’s noteworthy is the following: The 403(b) and 401(k) share aggregate contribution limits, but the 403(b) does not have an over-50 catch-up provision. In turn, the 457(b) is not capped like the 401(k) with others. You can theoretically max out your contributions to both a 401(k) and 457(b) plan, assuming high enough income. Note that the $61,000 and $67,500 limits mentioned earlier still apply. Finally, you have 401(a) and Pension Plans. The 401(a) serves as a social security replacement used by some municipalities and some limited semi-government organizations such as publicly funded hospitals and, thus, does not pool its contribution limits with the defined contribution plans. The same is said of pension benefits, which are defined benefit plans, and thus your contributions are either entirely funded by the employer or are taken as a percentage of wages without collaboration with the 401(k), SIMPLE, and 403(b) plans.

Equity Compensation: Other than the acknowledgment that equity compensation has significant tax ramifications and you need to consult with a CFP® Professional and an Enrolled Agent or CPA as tax preparers, there is not much that is complicated in terms of having multiple lines of equity compensation. The most noteworthy thing here is that some forms of equity compensation are tied to non-compete agreements, as well as many others have vesting schedules that can cause forfeiture upon termination or leaving the company. Thus, equity compensation can be an extremely lucrative and rewarding form of compensation, but for someone who is risking getting fired if caught being overemployed, it cannot be relied upon and should be considered a low-probability form of income when considering taking on a second or third job and comparing the options for doing so.