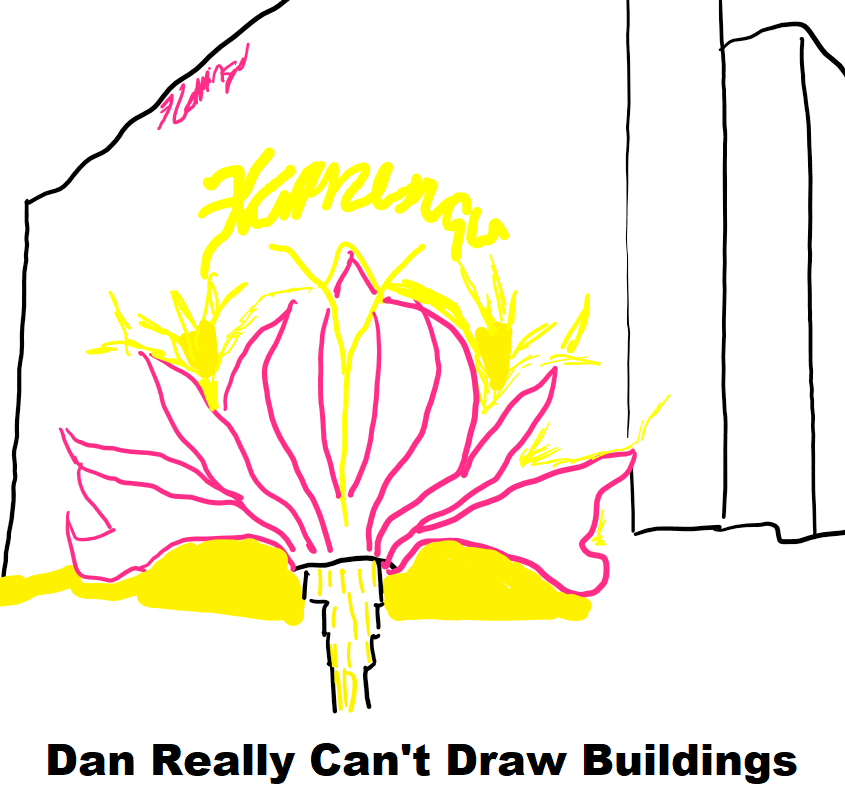 I’m writing this on a plane flight to the Financial Planning Association’s NexGen Gathering. There’s a bit of warm nostalgia in being on this flight; not because I have a deep fondness for packaged pretzels or half-cans of ginger ale, but because NexGen Gathering has been a significant touchstone in my professional career. The last time NexGen Gathering was held in person was in 2019 in New Orleans. At the time, I was still an affiliated fee-based financial advisor of Waddell & Reed. I was four years into my career and a little over a year into being a full CFP® Professional. I attended every FPA national conference even that year (Retreat, NexGen Gathering, and Annual) in the interest of doing a “tour de FPA.” I didn’t really know many people in the FPA at that point. At Waddell & Reed, despite a healthy number of CFP® Professionals, very few people were active in the FPA or in the planning professional community at all. Attending the FPA events that year was an attempt at getting a fuller picture of financial planning and for the opportunity to “look over the garden wall,” as one might out of curiosity or envy from time to time. I’d become aware in my four years with Waddell & Reed that people often became “victims” of where they came into the profession. In working with Waddell & Reed, I knew many advisors who’d practiced for less than a decade or two, but also several who were in the third or even fourth decade of practice as a Financial Advisor. In observing these more veteran financial advisors and their own career paths, I could see what they’d fallen victim to. One advisor, who’d been with Waddell & Reed for almost thirty years, had his entire book of business largely in proprietary mutual fund products. Another advisor, who had come with larger wirehouses, had their entire client base on a trade-based commission model. Another used more modern portfolio management platforms and tools, but didn’t really seem to “get” financial planning. I was curious to know what my short time in finance had made me a victim of; was I perhaps too interested in investment management? Was financial planning perhaps a dated thing already and I was none-the-wiser? So, I undertook the Tour de FPA.

What I Learned About My Practice at NexGen Gathering

I said at the beginning that my experience with NexGen Gathering was a warm and nostalgic feeling. For lack of a less cliché phrase, it’s simply because it was the conference that changed the practice of financial planning for me. I’d attended the FPA Retreat a month earlier and enjoyed meeting some of the veteran and big-name people in financial planning (the Dr. Seays, Evelyn Zohlens, Skip Schweiss’, and Rick Kahlers of the world.) Retreat was generally supposed to cater to people about ten to twenty years more senior than I was; this wasn’t an intended exclusion, just a consequence of who the Retreat had grown to serve over the years. Immersed in an interesting conversation about “What financial planning was” (and imagine that said in the most ethereal and hippyish sort of way,) I had come away with a perspective that at least gave me a hint as to what was going to matter more to me later in my career. Yet, the next conference, NexGen Gathering, changed my perspective in the present. You see, NexGen Gathering is a high energy event. It caters to everyone from the student and career changer to those who are less than a decade into their career (which I was at the time.) That high energy is infectious: a pure passion for the practice of planning, the impact it can make on people’s lives, the joy of making a difference in the world. Of all the things I took away from NexGen Gathering, there was a twofold and important lesson I came away with: First, that planning wasn’t a profession quite yet, and that it needed people to dig in and help to get it there. Second, the key realization that I didn’t want to have sales be part of that vision. That part almost feels strange to say now, but it was an important thing. At the time, as a Financial Advisor with Waddell & Reed, I held the licenses to sell investment and insurance products. I’d started my practice with Waddell & Reed in part for that reason; not because I necessarily wanted the commissions and payouts from such products, but because I wanted a full toolbelt: I wanted to be able to implement the solutions that were needed from the financial plans that I designed. Yet, as even the few first years had gone on, I’d already gotten tired of the process of quoting, sourcing, applying, and closing on insurance policies. Even something as straightforward as a short-term life policy was a multi-hour process of paperwork, scheduling, nudging, and other administrative inconvenience. Meanwhile, a painfully clear observation became apparent at NexGen Gathering: We don’t implement most of what we recommend as financial planners. Most of us don’t prepare taxes, perform bookkeeping, write wills or trust documents, originate mortgages or refinances, and so on. I realized that I was at risk of becoming a victim of that belief in having the toolbelt; not because the toolbelt of solutions itself was bad, but because the history of financial services had shaped the professional space itself to convince us that being paid to recommend something like a life insurance policy wasn’t a big deal, even when the commissions could reach several thousand, tens of thousands, or even hundreds of thousands of dollars. It suddenly smacked me how casually I’d gotten used to working around people with monogrammed French cuff silk shirts and three-piece suits. In the interest of learning everything I could about finance and financial planning, I’d become numb to a culture that took it for granted that we could not only advise clients on what was best for them, but be nonethewiser to the conflict of interest that the advice itself could create.

So, the realizations told me I had to make a change. Over the next five months, I talked to people at Waddell & Reed, outside of Waddell & Reed, and did my due diligence. Two months into the process, I was already certain that I wanted to become fee-only and drop the sales part of being a financial planner. While I was confident that I’d always been as objective as I could be in advising on insurance solutions and other areas that touched sales, I didn’t want to risk becoming a victim of where I’d started in my career. That sort of thing had to go. So I stood on a rock (some of you might remember this) and announced to my clients that I would be converting to a fee-only practice. I’m sure very few people understood it at the time, but the applause was encouraging. So, here three years on, I’m the owner of an independent fee-only RIA. People often say that the grass only looks greener on the other side, but I can confidently say I would never go back the other direction.

What I Learned About the Financial Planning Profession at NexGen Gathering

In contrast to the major changes I made in my practice from NexGen Gathering, came also the observations of the struggles of planners around me. When I’d gone to the literal career fair to find a way into the financial industry, I’d been none-the-wiser that there were any other paths other than fundamentally starting a financial planning practice on my own. Many firms tried to sugar-coat it, but at least my mentors at Waddell & Reed had been honest: The survival rate was about 14% after four years. Being in my fourth year and with things only looking better from there, I was confident in the outcome going forward. Yet, as I sat in sessions at NexGen Gathering, I was gob smacked at what that high-risk-high-reward path had yielded. Having started a supported-independence practice, I’d been forced to learn everything. How to do financial planning, how to do investment research, how to research and select investment and insurance products, how to open accounts, trade, invest, transfer funds, research other firms, learn tax and estate law, on and on. Yet, at NexGen Gathering, I met an odd demographic. People who’d had the good fortune (in my view) to start in the financial world in salaried financial planner roles or support roles. Yet, with the good fortune of a safe and secure income (no 14% survival risk there,) came a remarkable amount of professional growth stunting. One planner said she’d been with her firm for six years and was still not allowed to meet with or talk to clients. Another had client-facing responsibility and was responsible for client relationships but was still being assigned duties akin to that of the janitor. These were smart and reasonably experience people, yet they too were becoming victims of where they came into the profession. Where I had struggled and fought to start, grow, and sustain a practice from scratch, yielding ultimately the experience of “doing everything,” they were being overly coddled and deprived of the necessary experiences to become truly fulfilled financial planners. In short, while some were happy, many were miserable. While I was at NexGen Gathering to learn what I was possibly missing, what I learned is that I wasn’t missing much, but that those who had a safer path, were being deprived.

Since New Orleans, a lot has changed. NexGen Gathering has been digital for the past few years with the pandemic, which of course has been fine, but digital conferences struggle to catch the esprit de corps you feel at an in-person event. Meanwhile, both I and the profession have evolved. Through the simple matter of caring about the profession, I’ve found myself in the position of being the National FPA NexGen Executive Committee representative, brought onto the Western Region NAPFA board, and the author of a best-selling new release in wealth management with a book on financial planning careers. As the plane begins to tilt down towards Las Vegas now, I can’t help but blink in surprise at the good fortune of having made it this far. I often like to say that my career has mostly grown on the principle of seeing a problem, pointing out the problem, being told to do something about it, and obliging. As we begin our decent into the 109-degree heat, I don’t know what problems if any I’ll see or hear from at NexGen Gathering. But I can’t help but feel excited to know that after three years, I’ll have the enjoyable occasion to see a tribe of people that have helped make all the difference in my life, the lives of my clients, and my practice. In turn, I hope to hear the voices of new planners, excited to grow and learn on their own path in the profession, and to offer a voice to them the same as others helped me the last time we gathered. They say that “what happens in Vegas stays in Vegas,” but for the next generation of financial planners, I hope not!