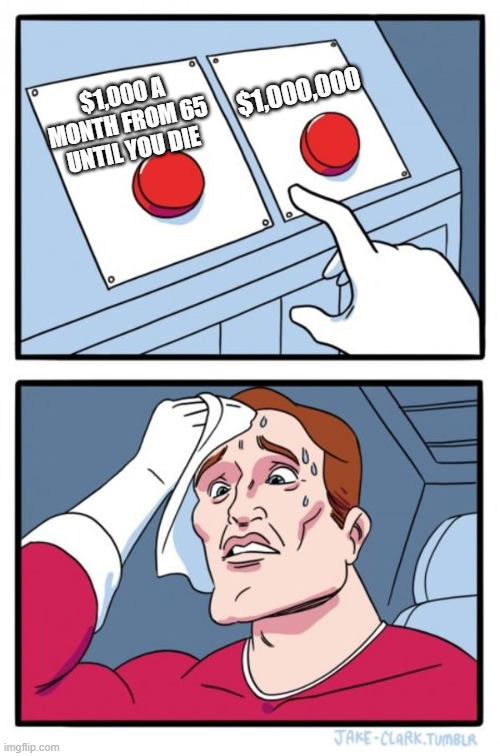 If you have worked for the government in Colorado, or worked anywhere in the United States for more than ten years, then congratulations, you have a pension! Pensions have been a staple of retirement planning and income for centuries, with the first corporate pension being established in 1875 by the company we now know as American Express. Even before American pensions, systems of retirement support and reimbursement have been established as far back as the roman empire. Pensions were the singular retirement savings vehicle at the start and well through the industrial era of the United States. However, over the past half-century, pensions have become less and less popular as a retirement vehicle, with only a handful of private employers and a limited number of government agencies and municipalities offering pensions today. While they’re becoming less common by number of employers offering them, millions of people in the United States are still covered by pension plans and those pension plans form a significant block of their retirement wellbeing. So today we’re talking about pensions, how they work, why they’re declining in number, and how to make the best use of them.

Remember at the beginning when I said that if you’d worked for ten years in the United States, you have a pension? Well, that’s the boon of Social Security, which offers many benefits in addition to a core pension plan for all Americans. Wages up to a point ($147,000 in 2022) are taxed at 6.2% to fund social security, which is also matched fully by your employer, meaning that functionally 12.4% of your income is saved in a pension for your benefit. However, this pension comes with a number of calculations and limitations. First, your benefit is derived based on your best 35 years of earnings, creating a calculation of benefit that can be estimated in advance and also adjusted as work and income changes over time.

Once you’ve accrued at least 40 quarters of employment (10 years, though they do not have to be consecutive,) then you are eligible to receive social security income at age 62 and beyond. Depending on the year you were born, your full retirement age will be between age 65 and 67, though you can claim a reduced benefit as early as 62 and an enhanced benefit as late as 70. Each month you wait past your full retirement age, your benefit increases, and each year you take it early, your benefit is decreased. It’s notable that many assume that because social security increases the longer you wait if you want to retire before 70, you should live on retirement savings (401(k), IRA, etc.) and delay the benefit until 70. However, this can be expensive from an opportunity cost standpoint, as your spent dollars will not stay tax-deferred or advantaged and can lose their compounding value in an amount greater than the money “gained” by delaying social security. This is a complex analysis, but some rules of thumb are: If you plan to retire before full retirement age, try not to claim social security to avoid any income-based penalties. If you plan to claim social security later than full retirement age, it’s very beneficial to keep working and to delay an official retirement.

Beyond social security, we get to the point of what we normally call “pensions” and “401(k)s.” A pension is considered a defined benefit plan, meaning that your contributions are fixed based on a formula, and you receive a defined amount of income based on a fixed formula later in life. Effectively, you have no control over what happens between your contributions to the plan and the outputs of the plan, with the exception of limited options such as the ability to “buy years” in some pension plans. Conversely, since 1974 when the “Employee Retirement Income Security Act” or “ERISA” was passed, 401(k) plans and similar other “ERISA Plans” have become the dominant vehicle. These plans shift control of the saving and pension aspect to each participant, who are often given a catalog of investment options to choose from, and who invest both their own money and a company match into the options available in the plan. A few observations should be made about the differences in the plans:

In understanding the question of “which is better for me?” A contrasting framework can be helpful. Let’s say for a moment, that you desire to split your career into two, twenty-year parts. It would be optimal to work at a job that provides a high match in a defined contribution plan like a 401(k) for the first twenty years of the job, followed by transferring to a job that provides a defined benefit plan, such as Colorado’s PERA. Why? Because the contributions and matching in the first twenty years will have another twenty years to grow and compound while working twenty years in the job with the defined benefit plan is not advantageous to do earlier or later in your career, because the benefit should be the same regardless.

Wealth Gaps Between the Two

There are some sociopolitical problems with large pension plans. Let’s use a specific example to highlight this: Let’s say someone works in the Colorado public school system for their whole career. Depending on whether they are married, when they marry, for how long they are married, and whether they have children, they may or may not leave behind any assets or benefits to their surviving family members. For example, this individual may not marry until far later into life, perhaps after they’ve claimed PERA’s benefit. In that situation, their spouse may not receive any pension income from them after they pass away. In turn, they might pass away before they retire, and without the appropriate beneficiaries in place (spouse, children, dependent parents,) their retirement savings may instead be considered part of the “mortality credits” in the PERA system, which means their dollars are used to supplement the incomes of other PERA members, rather than transferring to their own family. Now contrast this to a participant in a defined contribution 401(k), 403(b), or other ERISA plan: these participants will be fully vested in their own money and are often automatically or quickly vested in their employer’s money. The money is usually portable between employers and allows them to move money along to future company’s plans or to carry their plans along in an IRA. They further have the option of borrowing from or distributing the balance under a number of non-retirement circumstances and at various ages. Finally, when they pass away whether in old age or earlier in life, they will leave the value of their assets to their family, which can roll and compound across generations if it’s a significant enough amount of money to last. This ultimately can create a false perception that people working in private sector jobs with access to 401(k)s are the only ones becoming millionaires while those working in the public sector or in organizations with pensions never become wealthy, but this is a consequence of how we measure and track the value of retirement savings.

From these things, we know that male participants should more strongly consider a joint 50% lifetime benefit while female participants should more strongly consider an individual 100% lifetime benefit. We also know that individuals are less likely to live as long as married couples, but given a lack of partner, the individual benefit makes the most sense. Finally, the solution in the margin is key. A strategy called “pension maximization” follows a few simple steps, and we’ll use a hypothetical to demonstrate.

Let’s say you’re a married male teacher in the pension system. From the earlier observations, you know your spouse (who is the same age as you) is likely to outlive you. Your 100% benefit would be $5,000 a month from your pension, while your 50% benefit for your lifetime and your spouse’s would be $2,500. You decide to explore maximizing your pension, and find out that a permanent life insurance policy of $500,000 can be obtained for $2,000 per month. It would take over sixteen years for your spouse to spend through that amount, and while you know she’s likely to outlive you, you don’t expect she’ll outlive you by more than sixteen years. You make the decision to take the 100% individual lifetime benefit, receiving $5,000 in pension income. You use $1,200 to pay for the life insurance policy (with a long-term care rider, just in case you need it), and as a couple, you’re now netting $3,000 per month instead of $2,500 in income.

*It is noteworthy that as a fee-only financial planning firm, we do not sell life insurance, nor do we have a financial interest in clients obtaining life insurance. We are sharing this strategy as a potential option for pension maximization, and this strategy may not be right for everyone.

Ultimately, whether you work a job that provides a pension, stay long enough in that job to gain the benefits of that pension, and what the right choice is for you as an individual, is ultimately a very personal and specific set of circumstances. Ideally, you will be able to work in a job that provides you the opportunity to save in a defined contribution plan and accumulate compounding interest for decades. In turn, whether you make the decision to work in a position with a defined benefit pension earlier or later in your career, having an inexhaustible source of income in retirement is a significant benefit that shouldn’t be ignored. There are significant benefits to properly funded and utilized pension plans, and even those with lifetime careers only using defined contribution plans, should consider sources of retirement income that are secured against market volatility and risks.