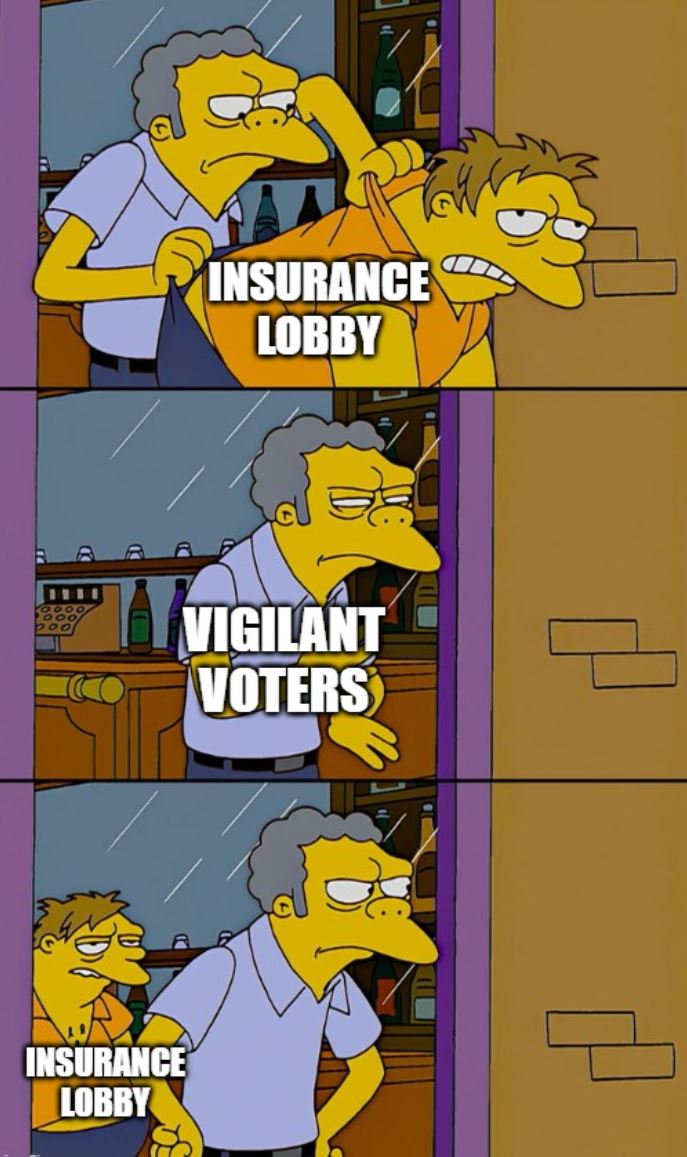 The LIFE Act has nothing to do with life. In fact, the acronym for the act is supposed to stand for “Lifetime Income for Employees Act.” H.R. 8990 was introduced by Congressmen Norcross (D) and Walberg (R). The bill is simple, less than five double-spaced, 2-inch margined pages that propose to amend the Employee Retirement Income Security Act of 1974 (“ERISA”.) The proposal of the act is simple: to make it an acceptable option that in ERISA plans, employers can default their participant’s contributions into an annuity contract, as opposed to a money market fund, stable value contract, balanced fund, or target-date fund. The bill, despite having the appearance of being bi-partisan, is simply an extension of an extremely well-funded insurance sales lobby. This week we’re taking the bill down and explaining why it’s in no one’s best interest that the bill pass.

Annuities – What are they good for?

Before we jump into why the bill is fundamentally flawed, it’s important to be clear about what an annuity is and what it’s useful for. An annuity is an insurance contract, backed by an insurance carrier, that exists to provide protection against the risk of running out of money in retirement. Annuities come in a few flavors, including immediate annuities, fixed deferred annuities, fixed-indexed annuities (“FIA”), and variable annuities (“VA”). The research is positive on the value of immediate annuities, in which an individual buys the annuity with a lump sum and begins to receive regular income for the rest of their life in return. This positive value comes from “mortality credits,” which essentially show that because of the life expectancy of those in the same group as the purchaser, an insurance carrier can pay out more income on that annuity purchase than the assets by themselves could afford. Fixed annuities pay a low fixed rate of interest that is guaranteed by the insurance carrier so long as the carrier is solvent. FIAs mimic market indexes but receive none of their dividends or interest payments, following only the face value of the underlying assets while providing some limits to growth and losses. Finally, variable annuities are essentially mutual funds with the ability to add certain guarantees for income or growth onto them.

What is the bill proposing?

The bill proposes that plan sponsors of company retirement plans be allowed to place participants into annuities by default when they enroll into the plan if they don’t go in and select their own investment options. It provides an option for up to 180 days to back out of the contract, but after that point, the contract is locked in. The bill does not specify the type of annuity contract that can be used, and only provides some general guidance around other limitations such as preventing employees from rebalancing more than 50% of their portfolio into the contract. Other than the adoption of the annuity option, the bill functionally doesn’t do much else.

So what’s the problem?

Well, let’s go back to our types of annuities and compare them to the options currently available in most 401(k) plans (mutual funds). The immediate annuity is immediately going to be disqualified because it’s not a savings vehicle. While purchasable at the point of retirement, one cannot save into an annuity whose purpose is to start paying the buyer back immediately. The next option is a fixed annuity; an alternative to these already exists in 401(k) plans through the existence of “stable value funds” and “guaranteed investment contracts,” which both provide fixed and insured rates of return to participants and are allowable as an option in 401(k) plans by default. Even these products come with problems; for example, a large insurance company that works with many school districts and non-profits around the country often defaults participants into a “traditional annuity” that pays a lower-than-inflation interest rate and locks up money for a 10-year period once invested. Even still, this leaves us with the more problematic versions of annuities as reasonable candidates for the purpose of the bill: fixed indexed annuities and variable annuities.

The problems with FIAs as retirement savings vehicles

Fixed indexed annuities are forever sold based on their guarantee against loss in the contract. Simply put, money placed in a FIA receives an assurance that it will not lose value over time. In return, these contracts are often limited to proprietary and opaque proprietary indexes that come with complicated formulas for performance and returns. The opaque nature of the contracts is often compounded by the claim that they are “no fee” policies, which might leave a consumer scratching their head as to how that’s possible. The simple answer is that it’s “baked into the terms,” which comes from the annuity’s cap on returns (often as low as three or four percent per year), a lack of receipt of any dividends or interest from the underlying investments in the index, and “participation rates” in which the policy may only receive a lower-than-100% participation in the upswings of the index. All of which is to say that it’s a very limiting type of investment that potentially robs participants of significant growth and appreciation in return for limited protection against losses (hedging market volatility but potentially underperforming inflation!) This would be a disastrous default investment for young participants whose early retirement savings are supposed to be some of the longest term and strongest compounding savings of their lifetimes.

The problems with VAs as retirement savings vehicles

This is an interesting area because there are already some retirement plans built entirely on variable annuities, known as “tax savings annuities” or 403(b) plans, which are often used by school districts, hospitals, and churches. These plans are famous not only for being extremely difficult to administer by participants but also being rife with internal policy sales of variable annuity products and “subaccounts” which line the pockets of unscrupulous agents and brokers with commissions as high as 10% on every dollar invested in them. Variable annuities can have a role to play in the retirement planning conversation, but as a default investment, they are extremely likely not only to come with higher-than-average investment expenses but also surrender periods and lockups that limit participants to investing only in these vehicles.

How do you fight the insurance lobby?

Write your congressperson. That often sounds like a joke, but it’s really all you can do to stop the legislation from taking place. Despite the appearance of bipartisanship, this type of bill is very likely to go unnoticed by many in congress because it has the appearance of a “minor administrative change.” Yet, it’s quite obvious to anyone that this bill was written by and advocated for by the insurance sales lobby, as it’s the only likely beneficiary of the act passing. For those who might question whether any of these annuity products might be good for participants, there’s a simple answer: None of these products are prohibited for participants once they retire. If participants are really interested in buying some retirement income security, all of these products are more than available upon retirement for rollover dollars. In fact, the research might suggest that some limited purchases of annuities can be very beneficial for those with inadequate social security or serious concerns about their retirement income needs. But a bill designed to enable plan sponsors to be manipulated into making annuities the default savings vehicle does no good for anyone. And if you happen to live in New Jersey or Michigan, whether you’re a Democrat or Republican, vote Norcross and Walberg out. They’re quite clearly in the pocket of the insurance lobby, and they’re certainly not representing their constituency (or anyone’s) best interest.