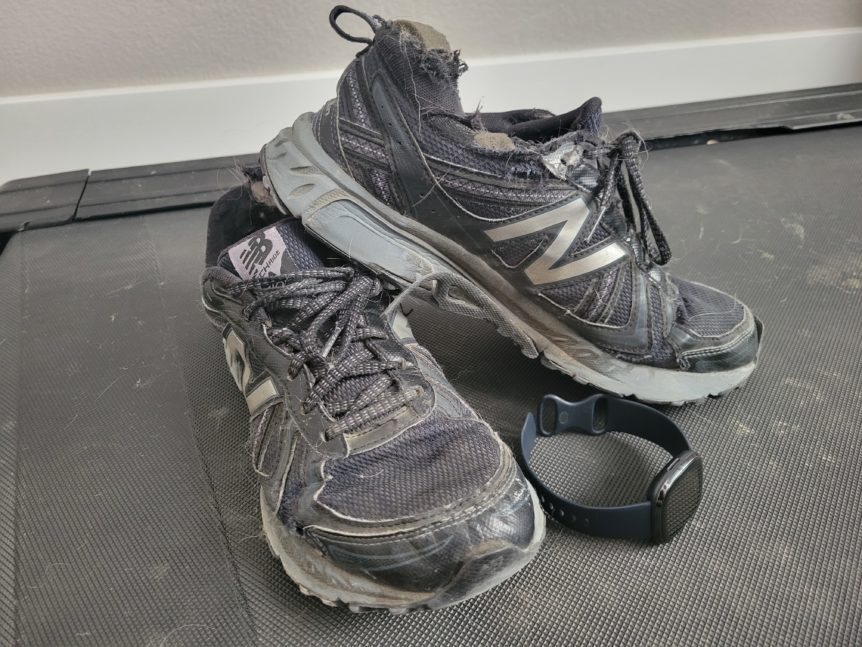 I’ve flirted with fitness trackers for the better part of a decade. I originally picked up a Jawbone UP in 2013, even spending the money to upgrade my brick cellphone to my first smartphone so I could use the thing. There was something appealing or futuristic about knowing your heart rate and how many steps you’d taken; now step tracking and heart rate monitoring are baked into even cheap watches at target, but it was a novel thing a little less than a decade ago. Since that original Jawbone, I’ve been through three Fitbits, my first purchase coming in April 2016. I tell you this, not because of my fandom for knowing how few steps I take per day, but to give some context for what follows. You see, in 2016 I was a little less than a year into my independent practice as a financial planner. At the outset of becoming a financial planner, I made a lot of investments in things that weren’t my thing, including new suits (that I don’t wear anymore) and a set of golf clubs (I still can’t golf.) At the time it seemed important to dress the part and live the role of the professional planner; after all, the planners around me wore similar things and had similar interests. Of all the dumb investments I made in my attire and lifestyle at the time, one has stood out to me as not being quite such a waste: my shoes.

You see, among the suits and clubs that I bought, I also purchased a pair of Rockport dress shoes and a pair of Nike running shoes. They respectively cost only $99 and $59 at the time, and according to the Fitbit app that I’ve had tracking my life since April of 2016, I’ve taken at least 12,634,314 steps, climbed 19,919 floors, and traveled 5,717.52 miles on foot in those shoes. Over the course of six years those numbers aren’t nearly as impressive, but the life of the shoes is. While fashion blogs will tell you high quality dress shoes can last a lifetime, my dress shoes are not high quality; in turn, most running blogs tell you to replace your running shoes every 500-700 kilometers, but I’m about 6,500 kilometers overdue. Yet, while the pairs are certainly showing their wear and the dress shoes might be more polish than leather these days, they are still functional and I see no reason to replace them. In this, I have been unknowingly living a money value: I am not a materialistic person, and I don’t see the purpose of spending money on something that doesn’t need to be replaced yet, rather than what simply “should” be replaced.

The truth of the matter is, we all have money values that we follow. While many parts of our finances are non-negotiable, such as the taxes we pay or the cost of our healthcare, many parts of our lifestyles reflect our money beliefs. My non-shoe example in looking at my budget is that I clearly value something food related: I drink coffee daily, I order food regularly, and I dine out frequently (and have the waistline to show for it!) All of this isn’t because I’m a glutton for food itself or because I have expensive tastes (I’d just as soon return to a collegiate ramen diet, where food is concerned), but because I value the time and convenience. I can read the news while waiting for food to be served, or send out emails while waiting in line for coffee. It’s not a healthy value to save time in the form of food preparation or delivery, but it’s one that I clearly exhibit. To which, we could all use a bit of introspection about our money values. Many people will describe themselves as religious, political, eco-friendly, or some other form of identity. Yet, in having reviewed hundreds of budgets over the years, I often find that money doesn’t match people’s public identities, but their private and subconscious ones. The same person who claims to be aggressively in favor of renewable energy and advancements in green development will also spend more on gas than their peers; not necessarily because they’re driving a gas guzzler, but because part of their values is also being present for every child’s soccer game and piano practice, which in turn has them driving all over the place to be present for their children. Others will claim to be “big supporters of _______” but one might find donations are noticeably absent for their passionate speech.

An expression in financial planning is “show me your budget and I’ll tell you your values”, but it’s somewhat presumptive of us to assume only on the first order observation of a budget that our clients are only interested in that exact expenditure, not what it means to them. In turn, we do need to be more deliberate about how we use our money to live our values. As a financial planner I often coach clients to save a specific amount into retirement, put another amount aside for saving, and otherwise spend their money how they wish. If supporting a cause you care about is a goal for you, we should be just as deliberate in donating to that cause either money or time as we are about telling people we support it. Setting aside an “envelope” for our values is a good idea, not only because it enables us to deliberately live our values, but it also saves us from becoming distracted by other wants and needs. In that light, I should probably start a new shoe fund, but for now, my money values direct me to spend more time and money on education and personal development.