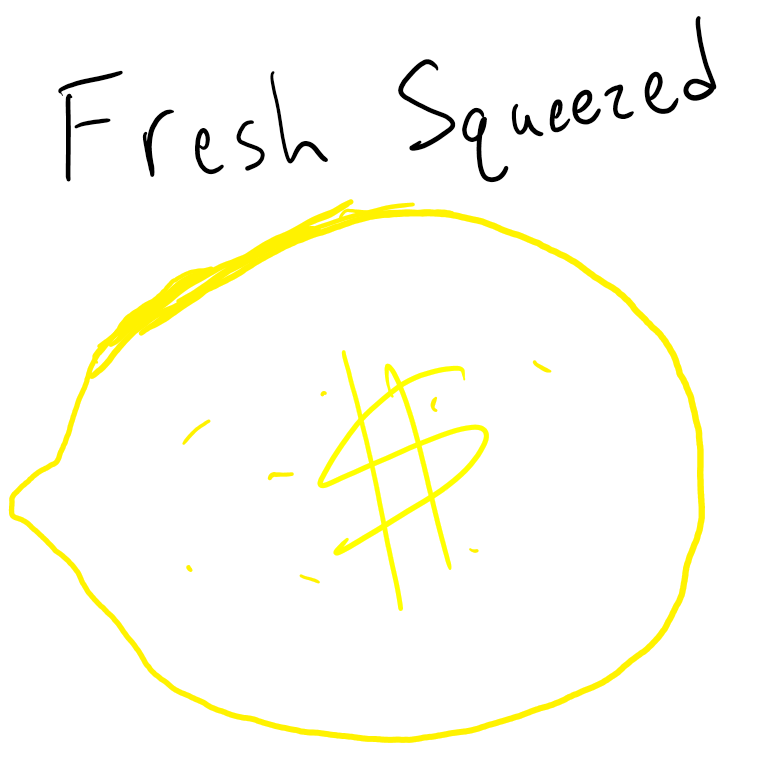 In the financial services industry, there are lemons. A lot of lemons. In fact, I’d go so far as to argue that the majority of financial products are lemons, and in turn, that most of the people producing and selling those lemons, know that they are lemons. In fact, the presence of lemons in a marketplace can be so significant that it ruins the actual value of things in the marketplace. Research going as far back as 1970 shows that the reason used cars are so much cheaper than new cars isn’t because a car with 10,000 miles is so much worse than a car with 0 miles, but because the market for used cars is fraught with so many issues, that the price of a new car actually reflects a premium above the value of a slightly used car simply because of the lemon avoidance factor. That said, there’s not much to be done about that, so as the great Cave Johnson once said, “When life gives you lemons, don’t make lemonade, make life take the lemons back.” Today we’re going to highlight some popular lemons that are consumed by the billions of dollars per year, and hopefully help you avoid some lemon purchases yourself.

The crucial investment product of the 80s and 90s was the mutual fund. Offering professional management of investment assets in a convenient bundle, mutual funds have been around in some form or another since the 40s, but mass distribution didn’t fully kick in until the 80s and 90s when discount brokerages had substantially disintermediated the stockbroker from the stock trading public. Mutual funds were originally offered in three “share classes” for the public, including the class A share, the class B share, and the class C share. The A shares come with an upfront charge of around 6% and an ongoing expense that includes a .25% dividend paid to the broker who sold the shares. This meant that for $100 invested, only $94 would actually make it into the market, and by the end of the year, the broker would be paid another 23 cents. In the case of class B, the shares didn’t come with an upfront charge but instead came with a seven-year “contingent deferred sales charge” of seven percent that would decline by one percent per year until it disappeared. Sell the shares within that timeline and you’d end up paying a bigger chunk of change for the choice. These shares also came with a longer-term and higher dividend to the broker of .75%. The Class C share was meant for short-term holdings, with no upfront charge and only a 1% “contingent deferred sales charge.” However, the dividend to the broker was 1%. All of these today are lemons. All of them. Why? Because almost every mutual fund, and certainly any worth owning, have a commission-less version available. Index funds are almost universally sales charge free, and even actively managed funds often have a “no transaction fee” share class that doesn’t charge a commission or ongoing dividend for a broker’s benefit. So why invest in any investment that comes with a guaranteed haircut and someone’s hand in your pocket for one-time advice?

Every state in the United States has a college savings plan called a 529 plan. These plans allow parents and others to invest in their children’s education, gaining the benefit of an income tax write-off in some states, and tax-free growth in all states. The 529 plans are often broken into two versions or more in each state, including a “self-directed” option and a “broker-sold” option. If you just finished the class A/B/C lemon before, you’ll know where this is going. Both options from 529 plans typically offer a range of age-based and risk-based portfolio options. Stick your child in the age-appropriate and risk-tolerance appropriate cross-section and you’ve done all you need to for the 529 plan to work the way it should. So why the two options? Because many brokers work for firms that legally can restrict them from “selling away” or making investment recommendations outside of the 529 plan their firm can get paid to recommend, states offer broker-sold 529 plans as a means to ensure that those brokers actually recommend their clients save for college. The kicker here, however, is that the self-directed plans are largely index and low-cost options, with expenses in the 0.20%-0.30% range. Broker sold plans not only come with higher average expense ratios of 0.50% or greater but also are typically sold as Class A shares with a 3.5% sales charge upfront. So for the cost of one dollar going into a broker-sold plan, you could pay for 11-12 years of the costs of the self-directed plan, and that’s before the money has even been invested!

We’ve written multiple times about the limitations and issues with Whole and Universal life policies, so we’ll spare you the same story for the nth time. In this case, we want to talk about the lemon of using life insurance for things it’s not actually good at. One common example we see relates to the College Savings plan. Insurance Agents like to point out that the cash value inside of life insurance policies is excluded from consideration on the FAFSA for student financial aid when applying to college. While this is true, this fails to mention that essentially the entire first year premium in a life insurance policy goes to pay the agent a commission, and that cash value placed in a life insurance policy is going to be locked up or severely penalized for seven to twenty years depending on the policy! Another common lemon in life insurance is the “bank on yourself concept,” where someone takes out a life insurance policy and then borrows against it to make other investments. The problem here is that the interest rate is not often terribly advantageous, as the loan must not only be paid back by the borrower but the premiums must be paid as well. Add up the principal, interest, and premium payments, and you’re looking at an interest rate well in excess of anything a conventional loan would cost. Throw in the surrender charges and potential tax bombs of borrowing from a life insurance policy you can’t afford to keep, and it’s not just a lemon, it’s borderline explosive.

We’re not talking about minors when we say underage, rather, we’re talking about anyone younger than 55. Annuities are complex financial products designed to insure against the risk of running out of money in retirement, and that’s it. Despite all the features, riders, flags, and whizbangs of a well-presented annuity product, annuities are an insurance product. Ultimately, the math behind any annuity product requires an exchange of potential value for some form of security, and that math only works in the large aggregate of a multi-thousand-person risk pool. Yet, it’s not uncommon that someone will be sold an annuity much earlier in life by an insurance agent or broker. The argument of course is the “security” offered by the annuity, but how does that make sense? For someone who is a decade-plus from retirement, security is rarely as big a concern or priority as making the assets grow so that they’re sufficient enough to live on and worry about preserving! A variable annuity before approaching retirement age is likely to have costs in excess of 2%, and in a low-interest-rate environment, fixed annuities and fixed indexed annuities are often yielding less than 5%. In an environment where inflation is 5.4% and the long-term capital growth model from major firms like Blackrock estimates stocks to grow at a rate of less than 10% for the next 30 years, an annuity is an inflation trap for those looking for appreciation in their portfolios. Throw in a ten to twenty-year surrender schedule on many products, and it might be a lemon you can’t afford.