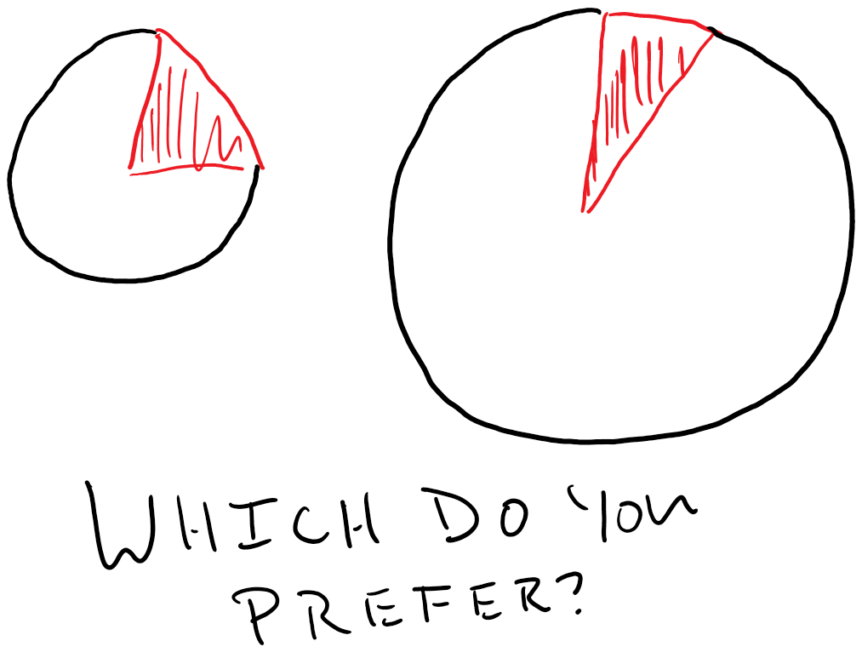 Over the weekend, the President of the United States made national news (as one often does) by stating that the $3.5 Trillion proposed spending bill in the house would cost “Zero” because it is “Paid For”. Much as I’d like to tell servers at restaurants that my bill is zero because I can pay for it, there aren’t any stores or service providers I can think of who would accept that logic. Regardless of where you are on the political spectrum, you’d be lying if you said you didn’t think $3.5 Trillion dollars was a lot of money. To put $3.5 Trillion dollars in context, that’s the annual GDP of Oregon, South Carolina, Louisiana, Alabama, Kentucky, Utah, Iowa, Oklahoma, Nevada, Kansas, Arkansas, Nebraska, Mississippi, New Mexico, Hawaii, New Hampshire, Idaho, Delaware, West Virginia, Maine, Rhode Island, South Dakota, North Dakota, Montana, Alaska, Wyoming, and Vermont combined. The claim for funding of this bill is that it is paid for by making the rich and corporations “pay their fair share.” That claim, however, is worth examining: What is the fair share we all pay?

An immediate and common call to solve all tax and financial complexity is for a “flat tax,” such as 20% of income for everyone in the United States. While this certainly seems like an easy way to simplify what constitutes a fair share, there are problems with flat tax rates. While a person earning one million paying $200,000 seems like both a lot of tax dollars and also a reasonably fair amount for someone earning one million, that same math applied to someone living under the poverty line could be devastating. A person earning $12,880 would be paying $2,576, leaving them with only $10,304 to live on; and that’s before any other taxes come into play! Flat taxes have always been fundamentally classified as regressive tax systems because while a flat tax can seem fair on its face, it has a materially significant detrimental effect on the lowest-earning members of the population. Therefore, tiered tax systems like we currently have in the United States, are considered “progressive”, because the tax burden is eased on the lowest-earning and borne more heavily by those with greater incomes.

The Progressive/Leftist/Democrat Take on Taxation

The progressive argument around taxation focuses on the percentage of income paid by members of various groups of income. One major item in the argument that the rich don’t pay their fair share relies on the payroll tax and an argument (in some cases true and in others not so much) that the burden of payroll taxes (7.65% for the employee and 7.65% for the employer) is really paid entirely by the employee, on the basis that the employer would just pay the employee the extra 7.65% (or “isn’t paying the employee that 7.65% to make up for the tax.”) Because of that singular payroll tax assumption, the average taxes paid by every American in the lowest 8/10ths of the earning population is higher by 15.3%, while those in the upper 2/10ths of the population see the percentage of payroll tax they pay as a portion of their income decrease as they exceed the social security withholding limit, although there is a donut-hole that kicks in at $250,000 of income for married couples and adds a .9% tax to their income. The argument then goes beyond income taxes to more localized taxes, such as sales taxes. There are elastic and inelastic expenses. Elastic expenses increase or decrease more rapidly than a dollar-for-dollar ratio would suggest; these are luxury purchases such as computers, software, vacations, travel, etc. Inelastic expenses remain relatively firm regardless of income levels and reflect things like groceries, utilities, and other costs of literal living. Because of the sales taxes attached to inelastic purchases, the argument then goes further that lower-income people pay a higher percentage of their income in taxes because their consumption of taxed goods is greater than their consumption of untaxed services. Added all together, the argument is that the percentage of income paid in taxes is roughly flat across the various income groups because of the combination of payroll taxes and inelastic consumption taxes.

The Conservative/Libertarian/Republican Take on Taxation

The more conservative arguments around taxation care much less about percentages (though they don’t ignore them) and much more about the aggregate amount of dollars that are paid in taxes. According to IRS data, the top 10% of income earners as a household in the United States earn approximately $150,000 or more in income, amounting to 43% of the income earned in the United States, while paying 71% of the total income taxes paid. The top one percent earn 17% of the total income in the United States and pay 37% of the total income taxes (over half of the 71% figure that the 10% pay.) For those earning less than $45,000 per year as a household, the opposite holds true. That <$45,000 group makes up 47% of all earners in the United States, and through the combination of standard deductions, tax credits, and redistribution programs, effectively have an income tax rate of 0%. You might think “Hey, I’ve made less than that and paid taxes!” But remember that your employer withholds income taxes by default from payroll and that income taxes are often returned to you after deductions and credits on your tax return.

The conservative argument also points out that while payroll taxes for social security and Medicare are a bigger bite for lower earners than higher earners, that the benefits paid by Medicare, Medicaid, and social security are skewed in favor of lower-income populations, replacing a greater portion of their retirement income and providing a disproportionately greater amount of healthcare for those groups than the dollars they put in.

Ultimately, funding all the obligations we have to each other as a society is a complicated discussion. We are all, to a man and woman, the beneficiaries of an education system we didn’t pay for when we learned from it. We have the most robust national defense infrastructure in the world. We have enormous social safety nets and an incredible amount of infrastructure, both of which perhaps could use some repairs and tweaks. Ultimately, the philosophy of whether your fair share is being paid derives from your own moral and logical compass. If it were only so easy to declare an answer, we could get into something more important like actually solving the problems tax dollars are meant to solve!