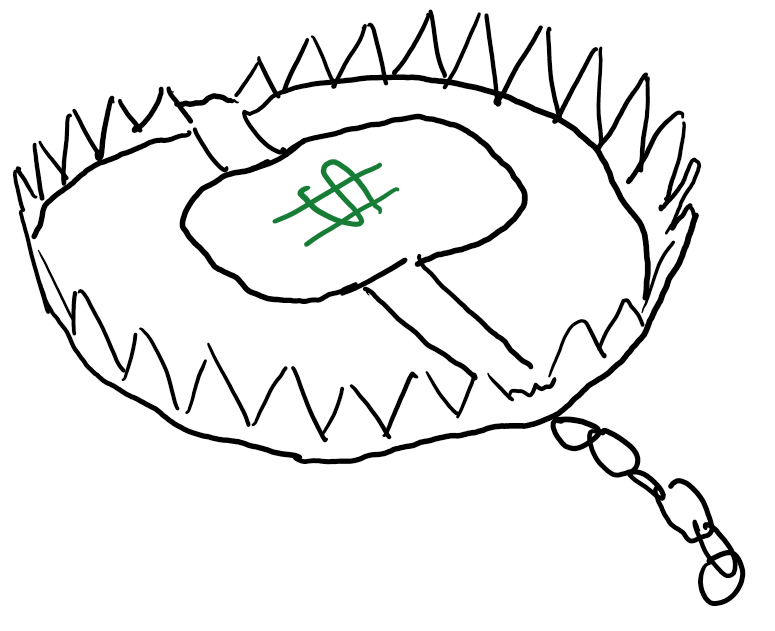 The old adage goes that there’s “no free lunch” when it comes to life. Put more clearly in context, only two things are sure in life: “Death and Taxes.” One of the key roles a financial planner plays in their client’s lives is that of “tax eliminator.” This differs from tax evaders (criminally not paying taxes that are due), but hones in on the seminal statement of Judge Learned hand where the payment of taxes is required: “Any one may so arrange his affairs that his taxes shall be as low as possible; he is not bound to choose that pattern which will best pay the Treasury; there is not even a patriotic duty to increase one’s taxes.” We see this in extreme practice every time an article comes out about Jeff Bezos having not paid any income tax for two years between 2006 and 2018, or Elon Musk paying no taxes in 2018. With great financial resources comes the ability to arrange one’s affairs to an extreme that mitigates all but a nominal amount of taxation. Yet for the average American, it seems we’re stuck with taxes somewhere in the mid-twenties or low thirties in percentage points, unable to find many safe shelters. But, not a day goes by that we don’t hear a harmonica blasting insurance salesman telling us about guaranteed tax-free income, or someone suggesting the use of carried interest loopholes to “invest as the rich do”. Today, we’re going to blow the lid on some of these mythical beasts and discuss the tax traps lying in wait for those who unwittingly wander in.

America’s retirement system is a big fan of “don’t pay now, pay later” when it comes to taxation. Public and private pensions, IRAs, and traditional 401(k) plans are all structured with “tax-advantaged deferral” as their primary mechanism. This means that payroll deferrals in the present receive a tax deduction in the current year and that the money grows untaxed until later in life when the distribution of that money is taxed as income. This is an incredibly valuable tool, don’t get us wrong, but there’s one major risk baked into its structure: The assumption that tax rates will be somewhat similar or even better in the future. There is some logic to this: We’ve seen taxes come down from historical highs in many American’s lifetimes, and in many cases, Americans don’t need as much income in retirement to live on, as their mortgages are paid, kids are already through college, and they have little to no consumer debt. However, the contra-risk is just as possible: That tax rates increase in the next year, few years, or decades, and that the writeoff at a “low” 22% marginal tax rate could be grossly outweighed by a future higher tax rate. The solution to this trap? Utilizing the Roth 401(k) if available or Roth IRAs is the immediate option, since it provides the same tax-advantaged growth, but flips the tax timeline on its head, paying taxes at today’s potentially lower rates and removing the risk of future taxation. Unfortunately, no one has a perfect crystal ball for where taxes will be when we retire, but having money on both sides of the fence can be an incredibly valuable tool.

There’s no phrase like a BS euphemism for life insurance. Ever since I became a financial planner, not a month has gone by that an insurance agent has called permanent life insurance a “Rich Man’s Roth” or I’ve heard a client who was being pitched permanent life insurance say “But he says it’s like a Rich Man’s Roth.” To illustrate the gross misleading nature of the “Rich Man’s Roth” claim, let’s explain how a Roth contribution works. When you make a contribution to a Roth IRA or Roth 401(k) (403(b), or other), you have already paid income tax on those dollars. The money invested in those accounts then grows untaxed for the rest of your life, and if and whenever distributed for spending purposes, will go untaxed. Conversely, in the case of permanent life insurance, we have “whole life” and “universal life”. With both types of policy, an enormous portion of your premium goes to pay the insurance agent’s commissions, meaning that your entire dollar going into the policy is not invested. In the case of Whole Life, the policy is structured so that by age 100 (or a later date, depending on the structure of the policy) you will have accumulated by a combination of your premiums and the interest rate inside of the policy (typically a very low percentage if it’s guaranteed) the amount equal to the death benefit. If ever you want to take money out of the policy, you can “borrow” from the policy and pay interest on the loan from the policy back into the policy to try to keep it on track for that final destination. Herein are some of the traps: First, you will always have to keep paying both the premiums and the loan back on the policy, and you will end up doing this most likely with taxed dollars. Secondly, the money being borrowed is not tax-advantaged, meaning that if you attempt to reinvest or otherwise use the funds in some other way, they can be taxed based on those follow-on events, whereas changing investments within your Roth does not cause this issue. Further, if ever you decide you’re tired of paying ultra-high premiums for the whole life policy, there are two big traps: First, the surrender charge, which will suck away some or all of the cash value in the policy to ensure the commissions of the agent who sold the policy and the insurance company make the profit they intended to make on the policy in the first place. If you’ve held the policy for long enough, then you’ll receive a distribution of cash value, which if that distribution is large enough compared to the premiums you’ve paid, you’ll end up having to pay capital gains tax on the distributions. In the case of a universal life policy, rather than “Borrowing” from the policy, the account you’re paying premiums into acts more like a tax-advantaged account, except distributions are likely taxable in the future and there’s a risk that the policy could end up costing more than anticipated and that the premiums increase in the future to keep the policy funded. Fail to keep it funded, and that policy you’ve paid for years or decades might collapse and the “permanent” insurance might be lost.

The Wash Sale Rule exists to prevent people from taking rapid advantage of tax losses in their investment portfolio. Put simply, whenever you sell an investment, you book either a capital gain or a capital loss from that investment. At the end of the year, you add up those gains and losses and have a net profit or loss that you then claim on your tax return, resulting in either paying taxes or getting a small write-off (you can deduct up to $3,000 in portfolio tax losses from your earned income annually). However, the Wash Sale Rule exists to reduce how much someone can do with that. Simply put, if someone sells an investment and then buys the same investment within a 30-day period, from a tax standpoint, it’s treated as though the person had never sold the investment at all. This can result in catastrophes, like the Robinhood trader who in 2020 transacted over $45 million in trades, profiting a total of $45,000 for the year, but who ended up with an $800,000 tax bill because he was unaware of the Wash Sale Rule. This rule is the reason that professional asset managers typically conduct something called “Tax Loss Harvesting”, where they will exchange one investment for another of a very similar nature, such as one large-cap growth ETF for another large-cap growth ETF, then switching back after the 30-day period has lapsed. Those unaware of the Wash Sale Rule can end up sinking their own financial ship without realizing that it’s happening.

No one cares about your wellbeing more than a life insurance company, and no one wants to see you have a high income like the federal government. If you have pre-tax retirement accounts, starting at age 72, the government will politely force you to start taking “Required Minimum Distributions”. These start small, requiring a few percent of your total pre-tax retirement portfolio to be distributed into your non-retirement accounts per year, but steadily can grow to be double-digit percentages until approaching age 100, you’re taking out amounts equal or greater than half your account balances. While we can all hope to have such a long-lived problem, this can result in retirement savings depletion for those who do not carefully project and manage the amount of pre-tax retirement assets they’ll have to hold and distribute in retirement. It’s not uncommon for us as financial planners to see a client’s expenses from taxes increase exponentially a few years into retirement because of unnecessarily forced distributions from the required minimum distribution rule. To prevent this, planning ahead and converting pre-tax retirement assets into post-tax Roth assets by “filling up” your current tax bracket can allow you to plan for and book taxes in a controllable way, reducing future taxation, often by double-digit percentages.