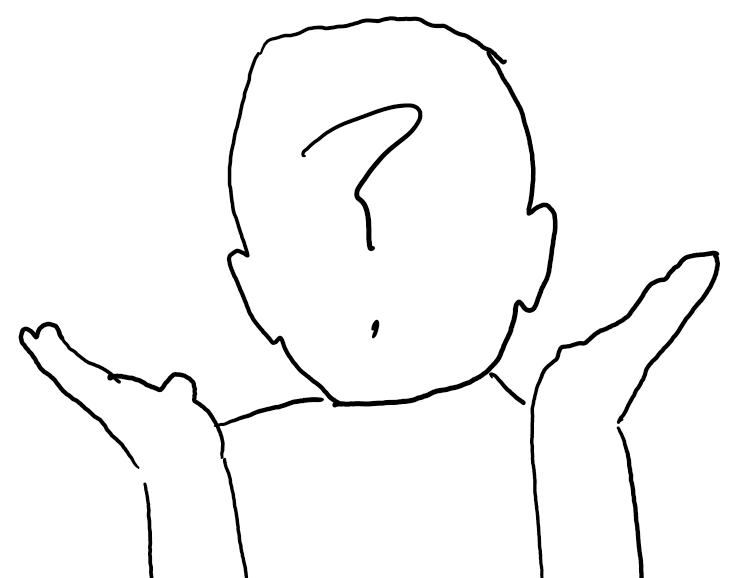 “The more I learn, the more I realize how much I don’t know.” -Albert Einstein

As most of you would probably agree, being an expert in what you do is an odd experience. Whether you’re a teacher being told by random people on the internet about how and what to teach, or a doctor being shouted at by multi-level marketing Karens from their living room on Facebook, humility about what we do and do not know seems to be lacking these days. Let me give you my personal example: I will readily admit to knowing next to nothing about anything regarding engineering. Whether it’s electrical work in my house, plumbing anywhere I go, or even something as presumably simple as how a normal motor functions, I am entirely clueless. I can rationalize and guess, but I’ve never once cracked a book on any of the subjects, taken a class, or participated in anything remotely resembling activities that would give me the experience to know how they work. As far as I’m concerned, the mechanical function of most technology I take for granted in my day-to-day life is invisible magic made possible by some really smart people somewhere else or sometime who lived before me. The same goes for a subject like medicine. I too remember that mitochondria are the powerhouse of the cell, but for the life of me, I can’t even begin to imagine what causes a heart transplant to beat when it’s sewn into a receiving patient. Yet, for my admissions of ignorance by many, such self-awareness is largely paradoxical in the field of finance. While many people will readily admit that they were bad at math in high school, never took a finance class, and the test scores of national studies like the NFCS and SCF show that the average American scores lower than 50% on a basic financial literacy test, people seem to have a way of convincing themselves that they know what they’re talking about. Today, we’re going to spend some time highlighting some popular financial myths that people dogmatically defend, despite all evidence to the contrary.

The Myth of “Back Then”

It’s not uncommon knowledge that for the past decade or more, a good chunk of clickbait on the internet has centered around the seemingly eternal battle between Millennials and Baby Boomers. With articles like “Millennials are Killing the Kleenex Industry” and “Why aren’t Millennials Buying Homes?”, it can seem like Millennials are wildly off the rails compared to their previous counterparts. Meanwhile, Millennials have fired back, with memes highlighting that the cost of college has exploded by 114% above inflation since the 1960s, or that the traditional image of a single-earner household with a spouse and children is all but impossible in the current day and age. However, it turns out neither side is particularly accurate in its criticisms. It is the inexhaustible observation that wages have not kept up with inflation. This is typically represented by a line chart starting sometime in the latter half of the 20th century showing the consumer price index and the national average wage index and how they’ve steadily grown apart over time. This observation isn’t an inaccurate one, but it largely misses a major point: While the cost of certain goods has increased over time (particularly things like single-family homes), others have decreased and become more readily available. To purchase a color television in 1954 cost $1,000 or the modern equivalent of $10,007.25; it was 15 inches wide with a viewing screen of less than a foot. Today, a 55” flat screen television can be purchased for less than $350. Adjusted for inflation, a Television today would have cost only $34, or 3.4% of what it cost just 67 years ago. Meanwhile, medical measures such as the infant mortality rate are 1/6th what they were 70 years ago. The average car’s miles per gallon today is 24.9 while in 1960 it was 9.7. All of these assorted observations say that while inflation is a measure of the average increase in costs, many basic qualify of life elements have come down in price over the same time span. In addition, measures of the global poverty rate have declined from 22% to 9% in the same time span.

The Inescapable Crush of Student Debt

As with the battle of boomers and millennials, comes a constant refrain that student debt is an inescapable burden. While student debt is a national and mounting problem, student debt at its most basic level represents a finite 10% income tax for those who attend college. Students may choose to engage in a number of repayment programs for their educational pursuits, some of which attempt to pay down the entirety of the principal over the span of the loan, others of which rely on an income-based calculation. While some might feel morally or ethically compelled to pay off their entire loan, it’s noteworthy that the income-based options will ultimately result in paying back more than the principal loan in almost any case. Regardless of which exact option is utilized, student debt while problematic represents a surprisingly utilitarian approach to the pursuit of education. While national education is desirable, the point that only a limited number of people attend and graduate from college shouldn’t have that cost paid by every American through a national tax is well made. Hence, the perception that student loan debt is crushing is more of a mythical construct. While certainly not ideal, student loan debt is not prohibitive in any form of American life if handled properly. For example, some argue that student loan debt is the driving factor keeping millennials from buying homes; yet the income of the average high school graduate versus that of the average four-year college graduate is a difference of over $14,000 per year at $35,565 and $50,000 per year. Subtract a 10% income tax from the college graduate’s wages and they’re still netting almost ten thousand dollars more per year. The effect of these decisions and the cost is magnified by the profitability of the educational pursuit; those in STEM and technical fields often net the highest return on the investment, while those degrees imparting less work-applicable skills such as philosophy or history reduce the value of that cost. The onus then is not necessarily on the student debt and its repayment itself, but on the students and the education system to make and provide the information to make better choices. No small feat, mind you, but far from the life-ruining reputation student debt carries.

Such and Such Said

This should really go without saying, but it often bears repeating: People on the internet are not a reliable source of information. This same rule extends even to people we know. Much as our uncle might be an expert fly fisherman, we should perhaps be more skeptical when he tells us that you have to use a credit card every month or your credit score will go down. Conversations around personal finance are heavily influenced by the people we surround ourselves with. While the unscientific observation is that our personality is made up of the five people we spend the most time with, our financial position will often reflect our larger social community. Between the struggle of keeping up with the Joneses, seeing the success of some of our peers and attempting to emulate it, and otherwise pursuing our own original interests, we often utilize others’ lived experiences as a shorthand for best practices. The critical flaw here is that while we can learn from others’ experiences how to avoid or engage in positive behaviors, this practice is a double-edged sword. While the research is clear that the most sustainable approach to building wealth long term is to engage in consistent and regular contributions to retirement accounts that largely invest in stock market instruments, a friend or family member’s experience can encourage or deter us from engaging in this behavior. For everyone who has a grandparent who retired in their early fifties, there is someone else who has a parent who lost everything in the recession of 2008, thus creating the mix of desire to build wealth but also to avoid catastrophe. While we might be excited or impressed to hear of someone paying off their mortgage before they turned fifty (being debt-free always has a certain appeal to it), at the same time we must recognize that paying down a mortgage that has an interest rate bordering the rate of inflation is not a wealth-building practice. Our sources of information ultimately can have a significant undue effect on our financial behaviors, and in turn, our financial outcomes.

So What Do We Do?

Number one, engage in humility. Much as I highlighted at the outset, it’s okay to openly acknowledge that we aren’t all subject matter experts at everything. Number two, think critically about where we’re getting information from: Does it confirm a prior held belief, or does it conflict with what we think. If we think it’s true or false, could it be because of that confirmation or conflict? Three, just because it worked before doesn’t mean it will work now, and that’s not a bad thing. Four, strongly consider your sources of information. How much experience or expertise does this person have in this subject? Does this person’s advice apply to someone in your exact situation or is what they’re saying a broad and sweeping generalization? Can you apply their advice directly and with minimal commitment, or does it require a significant change in behavior? Ultimately, it helps for us all to approach our financial decisions with a touch more skepticism and a bit more humility.