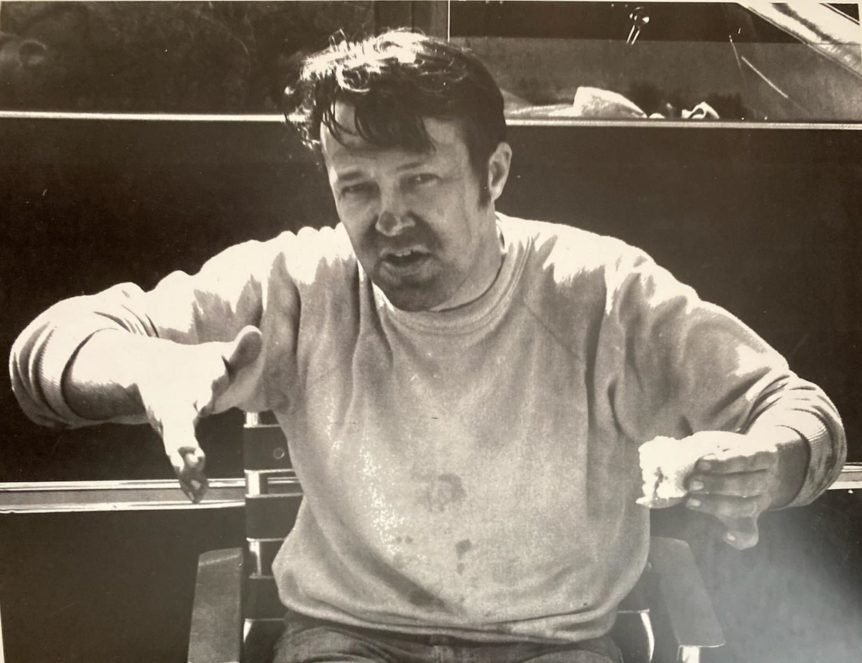 Financial Lessons from the Life of a Good Man

My grandfather, Chester Persons, passed away on March 5th. While his passing is sad, he has left behind an incredible legacy, one part of which I want to share with you: financial lessons. While Chet didn’t die a rich man, he overcame enormous uphill battles to support his family and create a legacy that will long outlast him. Not all of the lessons are those of success; some are things to be avoided, but ultimately, we can all learn from his good example.

Spend on What Matters

Out of high school, Chet’s first job was as an Airman in the United States Air Force. Deployed to Biloxi Mississippi in 1955, he married his wife of 65 years, and less than a year later they had welcomed their first child. At the time, the monthly wages for an Airman 3rd Class (E-2) was $85.80, or the modern equivalent of $841.70, or $10,100.40 per year. While this was atop basic benefits such as medical care and supplemental housing, not a penny of this money went to waste. At their wedding ceremony, Chet and Carole had a small reception in which the libations and spread consisted of root beer and popcorn. After all, who can afford a fancy banquet on an Airman 3’s salary? From that point forward, most of the money in the house went to the basic cost of living and savings. Carole, not to leave her new family wanting, collaborated with the other military spouses on their block to have potluck dinners on a regular basis. “We’d go around and see what we all had in our cupboards, bring it all together, and share. Sometimes that meant we’d have two salads between three houses. Sometimes that was a loaf of bread, a can of beans, and a half bottle of ketchup or something. It was challenging, but we made do, and we were happy.” These challenges were further compounded by pregnancy and young motherhood. “Back then if you were pregnant or a mother no one would hire you.” Yet, despite living on a meager single income, the Persons family thrived.

I’ve said it time and time again on this blog and it bears repeating here: investing in yourself is a lesson I learned from my grandfather more than anyone else. The Montgomery GI Bill was a relatively new innovation at the time of my grandfather’s service, having been introduced for the benefit of returning veterans from World War 2 just a decade prior. My grandfather made good use of this benefit, gaining an education in computer programming which he used to obtain a job at Lockheed Martin, working in software development and programming for a career of 36 years. Remember, being a computer programmer back in the fifties and sixties wasn’t the “cakewalk” it is today, but the decision to learn a new “trade” that was in a swiftly growing field secured Chet and his family a good living for his working years. Yet, Chet also continued his military service, rebranching from the Air Force to the Naval Reserves for an additional 17 years. While the “one weekend a month, two weeks a year” model took time away from his family and personal interests, the cumulative 21 years of service provided Chet and Carole with Tricare for Life (the military’s version of health insurance) and a military pension on top of retirement savings from his work at Lockheed Martin. With these benefits in hand, Chet and Carole were able to retire in 1996 at the age of 60, years ahead of most of their peers.

The ideal formula for financial success is to spend nothing, save everything, and die young. Chet wasn’t a follower of any of those philosophies. Throughout the years, Chet was able to pursue many interests, from motorcycle enduros, to deep-sea diving, to radio-controlled airplanes. Yet, these hobbies were enabled as a result of diligent financial responsibility. He saved first, he supported his family’s needs and ambitions, and he spent as much quality time with them as possible. If you’ve heard the song “Cat’s in the Cradle”, Chet lived a life exactly opposite that of the protagonist. While Chet earned a good living and used it to support his family, his priorities were always in good order to ensure that they lived comfortably and yet that his life and interests were fully lived.

We All Make Mistakes

If Chet had one fault, it was that he was a young and energetic soul, well into his golden years. As a result, it took decades to convince him to establish estate planning documents, even after the kids insisted on paying for them and allowing them to be kept entirely private. While Chet was fortunate to get this important financial step in line before he passed, not everyone is so fortunate as to live a long and happy life. Further, as many families discover, that sense of privacy about his personal and financial affairs has created a challenge with finding where everything got to before he passed (passwords, logins, where accounts are, and so on). If there is a lesson to be learned here, it is to ensure that those who you love and care about are put in a position to handle your affairs after your passing with the greatest ease possible.

Plan Ahead and Live Your Best Life

As I said at the outset: Chet did not die a rich man (or a poor man, for that matter). He raised a wonderful family, he took care of everyone as he could, his generosity was well known, and he lived a life with the quality that he couldn’t have imagined when he grew up in a small town in Minnesota. So I hope you all have an opportunity to learn from his example: Make sure you have your priorities right, plan ahead, and live your best possible life.