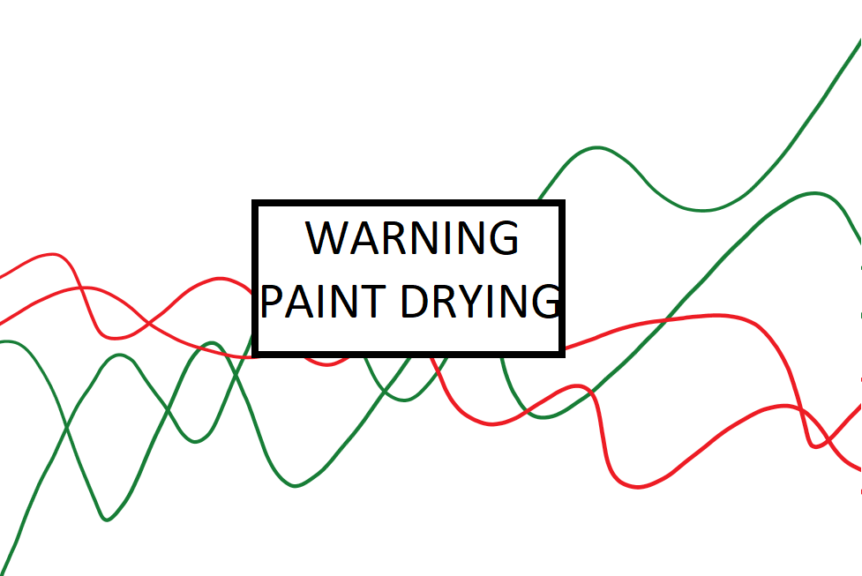 It was exactly one year ago when my phone rang. It was a client out in California, and the S&P 500 index had just shown a slide of over 11% in the proceeding five days. “Dan, don’t you think we should get out now? It’s getting kinda scary.” He said. “No; this is what asset allocation is for. We have aggressive assets and conservative assets so we can utilize one to take advantage of pitfalls in the other when things like this happen.” I replied. True to form, the timing wasn’t perfect. The next day the S&P 500 rose by 4%, somewhat validating my stance, right before it continued to slide for another two weeks by another 19% from that point. Yet, during that time, the only portfolio changes I made were to tax loss harvest some of the most heavily impacted indexes, and to continue to rebalance from my client’s treasuries position into those harmed positions (for contrast, the treasuries ETF we were using at the time, TLT, was up 14%, or a spread of 47% between it and the S&P 500). So why? Well, simply put, this wasn’t my first rodeo, but let me get into the specifics.

There’s a picture in my office (full transparency, I drew it), of a bar chart. One chart has “us” on it, stacked up with layers including “school, google, my buddy, and when I remember” (I should probably add Reddit), and the other bar chart listing “Bachelors, Masters, Ph.D., CFA, 20 years, full-time staff, 24/7” for “Them”. The enormous gap between the two? “Wishful Thinking”. The simple fact is that despite the random news making people who’ve become bitcoin millionaires or Game Stop hucksters, the professionals in the world of finance are good at their jobs. Very good at their jobs. Yet, it doesn’t matter. Despite a veritable army of people with decades of experience in tracking the markets, the best education available to man, pedigrees that earn them millions of dollars in compensation a year, and enormous research budgets and resources allowing them to pick the nits of the most obscure financial instruments on a daily basis, they fail to outperform the passive benchmarks to which they are compared. That’s not to say they underperform all the time, in fact, on average these geniuses outperform the market on a regular basis; just not net of the costs of doing so. Unlike in other enterprises where inserting more money can sometimes reliably and predictably produce more value, the more money spent on investment research, the more directly detrimental that cost is to the final results. While every year some fund posts triple-digit returns, there is no fund on earth that consistently and predictably has outperformed its benchmark every year since its inception for decades in a row. In fact, the odds of a fund outperforming the S&P 500 index for just ten years on average (not every year alone, but just as an average) is less than 2% of the market, and those that can do it for fifteen years is so fractional that it’s statistically impossible to guess which ones will do it with any sort of reliability. With that framing in mind, what is John Smith, part-time PE teacher and graduate of zero-point-zero classes in finance going to do against the best of the best? Either invest in random securities based on little-to-no real due diligence or “if you can’t beat ‘em, join ‘em.” If John Smith goes the former route and underperforms, it was to be expected. If he outperforms, it’s not because he’s the next Warren Buffett, it’s simply because he took on an unnecessary level of risk, but occasionally the roulette table comes up with your number.

Tax Alpha is the concept by which returns can be enhanced net-of-taxes, and is also an area most individual investors betray themselves. While several retail software programs offer tax-loss harvesting, for the average retail investor, it’s a missed opportunity. For those who don’t know, tax-loss harvest and tax gain harvesting are the practice of deliberately booking losses on investments or locking in gains at lower tax brackets. In the case of the losses, the investor trades something like one version of an S&P 500 index fund for another, and in the case of gains, the investor might simply buy back immediately after the sale to keep the investment going. In either case, the objective is to deliberately time taxable events in order to perform better year-end tax planning and long-term tax planning. However, individual investors have two major behavioral challenges: loss aversion and endowment effect bias. Loss aversion is the human behavior that we rate potential losses higher than potential returns; i.e. we fear losing $100 dollars more than we appreciate earning or winning $100 dollars. Endowment effect bias is the human behavior to overvalue our own possessions and assets; you see this crop up when people want to sell their home or their car. “No, my 1995 Camry with 230,000 miles is definitely worth more than $150, Kelly Blue Book!” However, in investing these both come into play often, in that investors will fail to sell strongly performing assets on the assumption that they will continue to perform well. The inverse corollary also comes out to play in that investors will be loathe to cut their losses on certain investments, afraid to “lock in a loss” despite strategies available to them that could let them do so while still staying engaged in the markets. Tax Alpha is highly subjective to the portfolios of individuals, but managing an effective Tax Alpha strategy requires significant time and effort that also can undermine the value when not investing at scale. While an investor with $10,000 in the market might be able to manage a tax alpha strategy that saves them $300 in taxes, they might spend thousands of dollars in the value of their work hours attempting to effectively manage the strategy. Yet the same strategy applied across $25,000,000 at the same income tax ratio might produce $750,000 of value for the same amount of work.

Without getting too far out into the technical weeds, there are two dominant theories of how to invest in the marketplace. The fundamental theory is that you evaluate an investment based on its current value relative to its future potential cash flows and other intrinsic factors about the company or investment product you’re evaluating. The technical theory is that the nature of the assets doesn’t matter and that instead you should watch the movements of the market (this is known as charting) for patterns and attempt to move your portfolio to take advantage of “predictable patterns”; I personally fall into the fundamentalist camp, and we tend to view technicians as “tea leaf readers”, but to be fair, technicians have the advantage of looking at the opportunities they win as making them the smartest people on earth, so I guess there’s some emotional alpha in there somewhere. Regardless, there’s one thing that can be said about watching the “patterns” of the market and the commentary around them, and the best summary comes from Sir John Templeton: “The four most dangerous words in investing are ‘this time it’s different.” In my experience as a financial planner, I’ve had the opportunity to watch some fairly interesting market events. The Chinese Market Crash, Brexit 1, Brexit 2, Brexit 3, the 2018Q4 drop and recovery, the 2020 pandemic recession, and so on. These are not unique or special events; rather, they simply reflect events that happen often: The market tends to climb steadily over time but when it experiences a correction (a sudden drop in the market), it tends to happen fast. That loss aversion characteristic tends to make us overreact to those corrections, seeking to protect ourselves from “certain continual plummets”; yet for the majority of days in my career, the market has been at or within a stone’s throw of an all-time high. In fact, the majority of days that we’ve ever tracked market indices, the market has been at or within a stone’s throw of an all-time high. Yet, the technician inside of us all glares at the possibility that the market is “overvalued” or that “now isn’t the right time” or that we should “wait for the next big drop”. Yet, when I started my practice, the S&P 500 was sitting around 2100 and had bounced up against that ceiling a few times already. Since then, the market has climbed past that point and never returned to “such a low”; for the person who was waiting for the next big dip, they could wait all the way until 2018 and then buy-in at a “discounted price” of 2506 or could have waited for last year’s drop to buy at 2584. As always, when people are waiting for the “next big drop”, they don’t tend to invest, and when they say they’re jumping into the market for the “next big thing”, they tend to overestimate how well that will go.

So How Are You Boring?

Well, simply put, I’m not going to pretend. I don’t pretend that my professional designation alphabet soup or full-time work as a financial planner makes me comparable to armies of investment analysts attempting to beat the market, who regularly fail to beat the market. I use specific quantitative triggers to decide when to tax loss harvest or tax gain harvest. I benchmark my portfolio’s performance not against indexes but to my client’s financial plans (are you on track to accomplish your goals when you want to?); and most importantly, I don’t make portfolio changes because the market is at its all-time high or in the middle of a swan dive. Ultimately, the benefit of utilizing a very long term view on investment and applying low-cost index options is not that the investment will ever be exciting or that we’ll ever brag about outperforming the market, it’s that there’s only one thing that’s predictable: This time it’s not different, we’re simply mirroring the markets as best we can, through calm waters and storms, and that’s one activity that proves to be predictable.