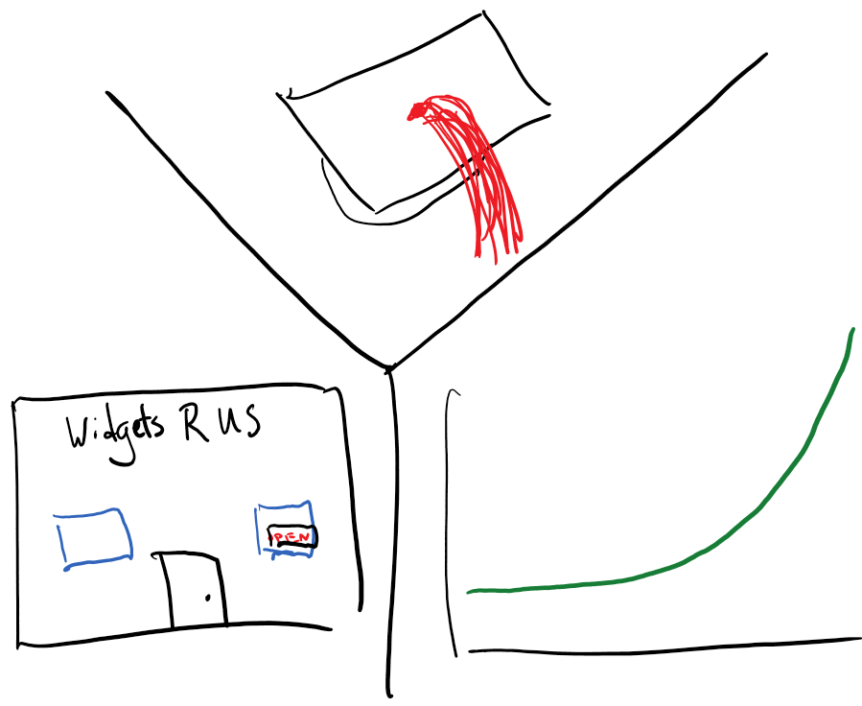 According to a fair bit of research and just plain anecdotal evidence, there are three controllable paths to becoming a millionaire in the United States: work in a high-paying profession, save and invest consistently over time, and own a successful business. While some smart aleck is likely to come along at this point and say “be born with rich parents”, that’s a way to be a millionaire, and certainly not a sustainable or controllable route. So today we’re talking about the three major paths to building up to the famous milestone, and important things to think about when pursuing one.

The entry into a high-paying profession is honestly perhaps the hardest of all the options. These include the obvious choices such as being a medical doctor or attorney, but also those less entrenched options such as software development and engineering. Most critically, none of these intrinsically ensure success. There are many attorneys working for a salary equal to less than half of their law school debt, working the same hours as their peers who went to “better” schools and landed lucrative big law positions. I won’t argue the merits or lack thereof of hiring solely based on the law school of choice, but it’s important when evaluating an educational institution (for any profession) that there be a significant value for the cost. For example, many students interested in computer science can receive a relatively equivalent education in coding at any in-state university as they could for an out-of-state option. The differentiating factors therein being whether an out-of-state option is a target school for the companies they want to work for and whether the doubling or tripling of cost is worthwhile. The same considerations certainly apply to private universities. While it might make sense to pay out-of-state private tuition to attend MIT, the same probably can’t be said for Arkansas State (no offense, crimson puppies). So, when evaluating the choices for education and the costs, it is incredibly important to consider the likely return on investment. If your law license will get you recruited by a Big Law firm with starting salaries well into the six figures, it might make sense to take on over a hundred thousand dollars of student debt. But if your LSAT score says you’re going to get you into Southern University, it would make financial sense to examine other career paths.

Slow but Steady Wins the Race

The path that’s ultimately the “sure thing” is simply spending less, saving more, and investing that difference for the long term. While this probably sounds like the most obvious thing in the world, you would be surprised at a few facts: First, most couples in their fifties that I talk to are either millionaires already without knowing it or have the savings of someone a decade or two younger than they are. The key differences are always:

Second, lifestyle inflation is the real killer. Let me use myself as an example here: At present, I pay myself $123,737, which is a 205% increase from what I was originally paid at IBM in my first job out of the military and has grown up over the past six years. While certain expenses have certainly increased (can you believe I spent $9,457 on ordering food and the like in 2020?!) one thing was prioritized from the get-go: maximizing my retirement savings. Consequently, as soon as my cost of living was consistently covered by my practice, I began to maximize contributions to a 401(k) and Roth IRA monthly. This amounts today to $2,125 a month in savings and took effect pretty much the moment I started consistently breaking even in my qualify of life from when I left the salaried position with IBM. Add on the variable universal life insurance policy that started two years ago at another $259.58 per month, and I’m saving $28,614 per year or 23.12% of my income. Now, this would seem or feel impossible if I tried to do it all in one go, but rather than enjoying the fruits of my labor when I started to make more than my IBM salary, I simply started diverting all of that into retirement savings until I was hitting the ceiling. As a result, I can comfortably continue to save well over 20% of my income on a going-forward basis, because it’s baked into my lifestyle, despite the fact that I might continue to inflate my lifestyle in the future.

Third, what you invest in makes a difference, but a long-term plan and discipline are key. Often I will find that people who have experienced a financial setback at some point (death of a spouse, loss of a job during the great recession, and so on) will cause them to dive deep into conservative assets and never look back. As a result, they often have incredibly cash-heavy asset allocations that are robbing them of potentially decades of compounded interest. It is important that those who are early in their careers and saving behaviors take an appropriately long-term view and utilize aggressive or moderately aggressive portfolios to maximize the early potential returns and thus create a larger base of assets for future compounding growth. Worried about a decline? Don’t be, it’s the best thing that could happen to a young professional because their savings will go all the further in the short term and the value of those dollar’s growth will be even greater. Yet the inverse is also true of retirees, who I often find have all of their money in one investment through their company 401(k) or who have never tapered their risk down. Fortunately for them, the markets have been generous for the past decade, but as you approach your financial goals, you should taper your financial risk appropriately.

The final ingredient often found to becoming a millionaire is entrepreneurship. I said earlier that a lucrative profession was the hardest track, but I said that both in a combination of the cost/benefits of certain types of education, and also the fact that to get into top schools for any profession you have to work your butt off. I now pivot to the topic of starting a business, where not only will you work your butt off, but it’s also the riskiest option. While 4.4 million businesses were started in 2020, the long-held statistics show that it’s likely that less than a million of those will be around in five years. While those who succeed are the topic of this segment, it’s important to recognize that the over three million that will fail will possibly bankrupt those who tried and also could have long-lasting financial impacts. I note all of this to say: Approach with caution. Going all-in on a business is an enormous risk, but one that statistically can pay off when addressing the possible paths of becoming a millionaire. In “The Millionaire Next Door”, it was found that 92% of American millionaires are business owners. This is little surprise, as any successful business could and should grow to the point that the business owner not only receives the return on their direct labor, but also a fractional return on the labor of others. As they assume the risk of growing the business, their income proportionately can grow, and eventually, their income from the profits of the business can outstrip anything any person could reasonably earn from their direct labor. However, there are some risks to extracting value from business ownership (even a successful one) that we should address:

Trick title, I don’t have any secret insights for you here. Ultimately, there are some people who just get lucky by dint of birth and who “have it made” from day one. Chances are, if you’re reading this, you’re not that person. If you’re still deciding what you want to do in life, work hard at school and think critically about where you want life to take you. If you’re considering just working a 9-to-5 and saving long term, do yourself a favor and try to front-load as much saving as you can early in life, and once you’ve maxed out your savings, then you can expand your lifestyle. Finally, if you’re going to start a business, think it through from start to finish. “If I can make this thing successful, how do I enjoy the benefits of all my hard work?”