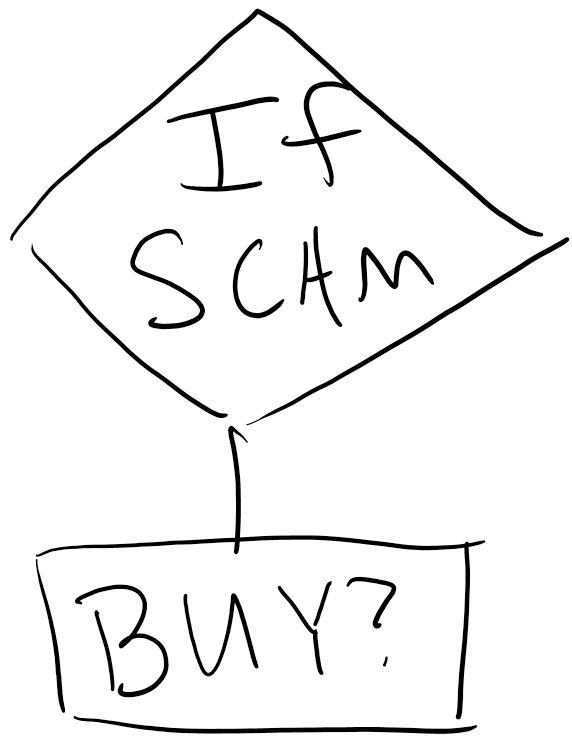 If your experience with the markets lately has been an entertaining, if confusing one, you’re not alone. Last week, the market had another “never before seen” event, after members of the website Reddit banded together to buy as much Gamestop stock as they could afford. Reporting has been mixed regarding this, but there have been several constants. Most importantly, if you’re already aware of these events, how you feel about it is probably a decent litmus test for your personal politics around capitalism and how the markets work. Regardless, today, we’re going to break down the events and issues as chronologically as we can to better help you understand why this is less an unprecedented event and more a new flavor of an old thing, and how the markets work. Before we go on, let me explain one thing to you: One of the most difficult things for me to explain as a financial planner to clients is “the speed of money”; because the internet makes things look instantaneous, it is common for clients to be frustrated by the fact that it can take days for a bank transfer to complete or weeks for an investment account to move from one institution to another. Keep this in mind, because a good deal of what we’ve seen in the past week is rooted in these invisible mechanisms of the market and financial institutions.

First and foremost, you have to go to the start of things. In the Reddit forum where this all started, there were two major advocates for purchasing GameStop. These individuals purchased tens of thousands of dollars in the stock months ago and began regularly posting updates and reports on why their investment was a sound idea. It is notable that one of these men is a registered stockbroker with MML Investors Services (more commonly known by the trade name Mass Mutual), though several news outlets have twisted this reporting to say “a former broker”, despite his current active registration. Now, this is the first critical thing to know: Registered investment professionals cannot simply tout an investment without significant documentation, compliance review, and a pile of disclaimers (you see these quite often: “Fakefirm is a registered broker/dealer, member SIPC. Historical performance is not a guarantee of future returns. Consult with a tax and legal professional before making any investment. Fakefirm does not offer tax or legal advice. Etc. etc.”) None of this was present in this broker’s activity, because it was likely an unsanctioned and undisclosed activity in the first place. Now, getting to the heart of the matter, if you’ve seen the wolf of wall street, you know where this sort of behavior goes. Brokers touting a stock aggressively that they own without significant disclosures is a crime; yet, about two weeks ago, Melvin Capital, a hedge fund, publicly stated its short position against GameStop, and this proved to be the impetus needed for people to start buying, to “stick it to the man”. More on this later.

This is a very common question so I’ll get this out of the way early on: A hedge fund is a private investment fund available only to accredited investors (meaning those with significant income, significant assets, or who are investing institutional money such as pensions). These investment vehicles are highly speculative, using incredibly aggressive and unconventional investment strategies in an attempt to beat the market. For this, the hedge funds typically charge 2% as an asset management fee (for context, the market average is 1%) and an additional 20% of the profitability of its investments. So for an investment in a hedge fund that makes 10% gross in the first year, it would only take home 6.4%, as the hedge fund would be paid a 2% management fee and 20% of the remaining 8% profits. All of this said, hedge funds typically manage in the hundreds of millions or billions of dollars; many of their customers are ultra-wealthy Americans, but the bulk of hedge fund managed money is from pension funds and institutional endowments, such as CALPERS, PERA, the Harvard endowment, and others. This means when hedge funds do well, their clients do well, and when the funds do poorly, so do their clients (this is important for later). Now, to the detail we mentioned at the end of the last section: Melvin Capital (a hedge fund) had taken a significant short position against a stock. Simply put, shorting is borrowing the shares from someone else, selling them in the belief that the price will drop, and then buying the shares later to return to the lender. The borrower pays interest to the lender, but if their bet is correct, they’ll have sold high and bought low (just in reverse order from the way you normally buy things).

Back to our story: The Stock Spikes

With the Reddit thread fueling the fire, Gamestop stock grew from around $18 a share to over $100 a share in less than a few days. With the news beginning to catch on, the public became aware, and over the next two days, the price would spike to over $347 a share, or 1927% above its original value. As the public frenzy increased, people began to open investment accounts just to try to get in on the action, but herein some supposed “villains” emerge. On January 28th, the free trading platform, Robinhood, announced it was going to freeze trades on Gamestop stock, then announced it would only allow for the sale of stock. Within four hours, lawsuits were being filed against Robinhood for market manipulation. However, both the public complaints and lawsuits betray that Robinhood’s customers and the public at large do not understand how investment markets actually work. Herein, we find our second important lesson to learn today.

Let’s say you’re a customer of Robinhood or another similar platform. You have a margin-based account (like the majority of their customers) and you want to buy a share of stock. You plug in the trade, balloons and confetti flash across the screen, and your account now shows that you own one more stock and have a bit less cash on hand. Except that’s not what’s happened in reality. In fact, your trade is going to take days to complete, and there are a number of players involved. First, your trade is going to be lumped together with hundreds or thousands of other trades. By the end of the day, that batch of trades will be sold to a clearing platform. That clearing platform already held the stock you wanted to buy, and rather than mailing certificates back and forth, simply changes the name on a share of the stock you wanted to buy from the person who sold it, to your name. Now, the clearinghouse has to wait up to two days after your purchase for the cash to be provided by Robinhood to complete the purchase of the shares so that the clearing platform can send that money onto the seller. Because you have a margin account, this was likely expedited by using borrowed money from Robinhood to speed up the process. So while your app reflects the transaction immediately, it may take days for the transaction to clear, and there is a risk to the other parties involved, including your broker/dealer, the clearing platform, and the market maker that bought the order flow from your broker/dealer to facilitate the trades (this is where when you look at the bid-ask spread of stock, you’ll see the bid is usually a penny lower than the ask, and that minute margin is where these market makers make their money).

How does Robinhood become the Sheriff?

With the massive boom in Gamestop stock occurring, Robinhood was suddenly put in an undesirable position: It has thousands if not millions of customers trying to buy the same stock, using temporarily borrowed money, and Robinhood doesn’t have the capital to back it up. In fact, in the past week, Robinhood has had to raise over $5 billion dollars in cash to cover all of the purchases its customers were making over the past two weeks, and it anticipates them continuing to make. This $5 billion simply is there to cover the float (or the going transition of stock for cash) on their balance sheet! But going back to January 28th, Robinhood is effectively out of money and yet the orders keep piling in, and so herein comes the great controversy: Robinhood stops allowing buy orders on its platform. They can do this easily if with great controversy because their terms of use explicitly state that they are under no obligation to honor any transaction requests on their platform and can explicitly decline to trade certain securities at their discretion. This is the natural response by a company that is literally out of cash for the next two days of trading, but this choice naturally sparks outrage from a client base that has bought into the brand of “let the people trade” and the psychological expectation of instant gratification trades that the smooth margin trading process has provided up until now.

But the plot thickens

You see, now that we’re down to the point that traders can suddenly no longer buy (because there’s no cash to do so) but they can sell (because no cash is required), the conspiracy theories flood the internet. Robinhood has been heavily invested in by Citadel Securities, providing some of those several billion dollars we just talked about in the past week. But at the same time, Citadel also backed Melvin Capital when it started to feel the pressure from Reddit’s short squeeze (what happens when your short bet goes wrong and the price rises instead of falls) and needed more cash to cover its positions. Thus came an immediate presumption that Citadel must have ordered Robinhood to stop allowing people to buy the stock; while it’s an interesting theory, it lacks teeth, because Citadel has backed both sides of the issue. Citadel has provided cash to Melvin Capital to help it get out of its Gamestop position, but also provided cash to Robinhood to allow people to purchase in. While the natural market pressure of a security only being available for sale and not to purchase is that the price will crash, this was also the inevitable outcome of any market movement like this. Anything that violently goes up will come violently down in short order.

So who are the victims and villains in this story?

This comes down more to an opinion, but let me lay out the narrative of who the winners and losers will be:

We will see a lot of opinion pieces about this for weeks to come (mine is among them), but it’s likely that we will see some form of regulation related to market volatility come of this. Whether it’s a higher capital reserve requirement on margin accounts or a limitation of share purchases per day, this sort of market manipulation by anyone results in regulations that are well intended but ultimately make the free market a little less free.