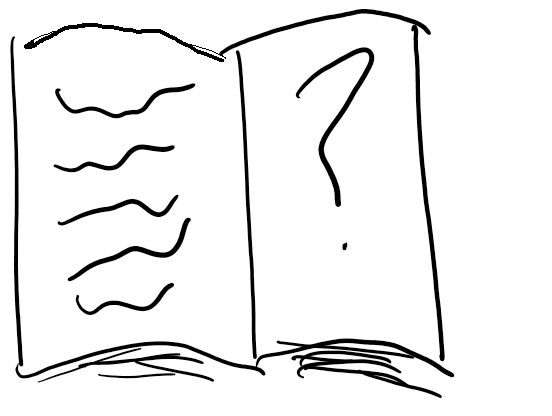 In the United States we have several measures of financial literacy, and to be frank, none of the numbers look good. Less than one in four Americans is literate in risk management (insurance) terms and only three in five can accurately describe how a loan works. Over half the population would struggle to pay for a five hundred dollar emergency expense. Of adults over the age of fifty, the average net worth is less than twenty-five thousand dollars. Yet, despite the abundant evidence of the average American’s failures to manage their own financial lives, most states do not have any requirement that students take a financial literacy course or personal finance course before they graduate. As the joke goes: “What are taxes and how do I pay them?” “It doesn’t matter. Mitochondria are the powerhouse of the cell, you’ll need that knowledge for the rest of your life.”

Why no financial literacy education?

Simply put, personal finance is not considered knowledge, it’s considered a practical skill, and our educational system has steadily moved further away from skills and more toward “knowledge” over the past several decades. As our society has shifted for the past seventy-five years toward a system in which you “must graduate high school and then attend college”, K-12 education has steadily oriented itself towards qualifying to enter college. As a result, entry examinations such as the SAT and ACT and the content therein, such as English comprehension, advanced mathematics, and rudimentary scientific examination, have come to dominate educational curriculum. Particularly as programs such as “no child left behind” placed funding of schools at risk without increasing test scores, students have been steadily forced to focus on learning material that helps them perform well on standardized tests, which in turn are used to evaluate their preparedness and qualification to attend institutions of higher learning, where they will spend half of their credit hours on their major and the other half of their credit hours on more general education. Yet, even a subject like Math is grossly disconnected in teaching from how it is performed in daily life. A high school student in an algebra class will be taught PEMDAS and other basic algebraic functions, but it is rare that they will have that knowledge applied to a real world situation such as calculating a mortgage payment. Students will then be taken further and further from knowledge that they can apply in daily life. Geometry might prepare them for packing a container and trigonometry might be valuable for those who are entering into engineering or physics, but by the time high school seniors are studying calculus, it is likely that for the majority they are simply wasting their time.

The evidence on financial literacy education is conflicted at best, but there is one particularly clear “culprit” at the heart of existing financial literacy program’s failures for the average student. Multiple studies of college students and graduates have been performed, many of which spend time evaluating financial efficacy of the participants and categorizing them based upon various traits such as major and years in college. Herein a key observation has been found: of all college majors, education majors regularly score the lowest in financial efficacy and knowledge tests. This is perhaps unsurprising, as the reputation of teacher’s compensation as famously poor is often an item of conflict for educators in their careers. “We’re not paid enough” is a common cry of a teacher’s union, but this is also one of the most well-known facts in American life: K-12 education is not a lucrative professional field. It then extends to the education of their students. While education majors might be excellent teachers in a number of academic subjects, the low financial knowledge and efficacy of this group can easily bleed into the education they provide to their students. In effect, we have people teaching a subject that they are far removed from the mastery of. Note, I say this with all due respect and deference to educators. My grandparents, all four of them, were teachers, and my sister was a teacher for many years.

How can individuals and parents bridge the gap?

Unfortunately, a similar challenge exists in financial education between parents and children as does the education of students by teachers. If the parents have not mastered financial topics themselves, it is unlikely that they have the tools to prepare their children. This is a major driver of financial inequality within the United States; the pattern of poor financial habits and low financial knowledge can repeat itself generation to generation. Without a financially knowledgeable role model, a child is likely to grow up without financial tools, and thus in their own adult life is likely to repeat the same financial mistakes as their parents and to teach those same “un-lessons” to their own children. The only specific steps any individual without a clear knowledge of their own financial efficacy can take, is to pursue well established and valid financial education to help develop their own financial knowledge. This includes well known programs such as Dave Ramsey or other commercial options, but also includes the consumption of financial educational content by professional financial educators, and the consumption of literature on the subject. By taking the time to gain more financial knowledge as an individual, one can slowly start to empower themselves financially, and in turn equip the next generation with the tools they have developed.