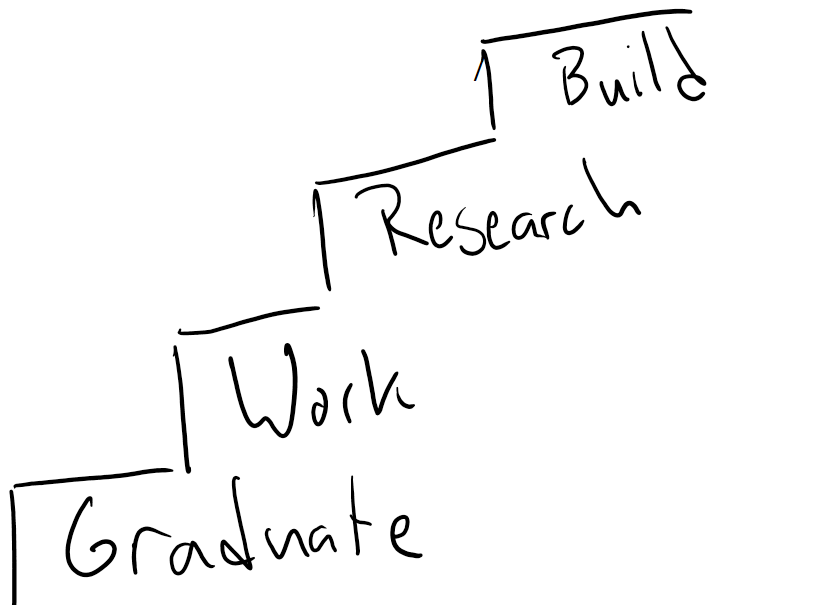 At the heart of the financial planning process is a philosophy and belief that, with enough time and the application of the right tools, financial independence and the accomplishment of life goals are accomplishable by anyone. However, financial planning is often a service engaged in by people who’ve already demonstrated significant financial capability: adults with careers, decent savings, and accumulated assets via good life choices, consistent long term habits, and the occasional bout of good luck. Ultimately, the “material” a financial planner works with is often already of good quality. Still, the quality of that same material (the client’s accumulated resources and means) was already developed. Today we’re taking some time to highlight some universally applicable steps that any person with reasonable physical and mental faculties can take to build wealth throughout their lifetimes.

The Brookings Institution has a famously touted set of “Three Rules to Safeguard Against Poverty”; while it regularly comes under fire in the political space, the rules aren’t wrong about a few specific conditions that largely can help build wealth. First, graduate high school. While for many, this could be considered a low bar, let’s be clear: there are still hundreds of thousands of students who, through academic or socioeconomic difficulty, fail to accomplish this goal. While there are a handful of millionaire high school dropouts around the country, these are by far the exception and not the rule. Thus, it is critical that graduating from high school be a priority for any young person looking to set themselves up for success in life. Second, don’t have children until you’re married. While this rule is certainly up for debate (the single parent doctor is probably going to have more resources than the married grocery baggers), it is simply ideal from a wealth-building standpoint not to take on the time and financial burden of children until you’re in a strong financial position. Third, have a job. While I can think of some exceptions to the necessity of this rule (a student on a full scholarship or in an incredibly difficult and rigorous educational program), starting to work in high school and continuing to work through college provides students with experience, work discipline, and the beginnings of a resume that can make them more competitive as they enter their career space.

When I talk to teenagers and parents of children, the idea of taking a gap year between high school and college often arises from the conversation. After all, high school was a big hurdle to complete for a young person. Exploring the world or just “working and saving some money” often seem like smart choices to help someone take a breather before they move onto the next step in life. But let me ask you a serious question: Is your gap year worth $129,991.54? That’s the accumulated and compounding interest value of the first year of a 401(k) savings plan assuming a starting salary of $50,000 at age 22, retiring at age 65, at a moderate 8% annual rate of return on the 5% savings required to receive the 4.5% safe harbor match. Even adjusted for inflation, today, that amount of money is worth $44,956.13. And that’s just the opportunity cost of missing one year of 401(k) savings, let alone a year of earnings, building up a credit history, resume building, and potential opportunities in your career. So while the gap year might allow a high school graduate the opportunity to work and save a few thousand dollars or to travel on mom and dad’s dime, it ultimately costs significantly more than it might appear at first glance.

Some will argue that education is unreasonably expensive (it is) and that not everyone can afford college. This is intrinsically false in the current educational financing system we have. While most students, let alone those coming from lesser financial means, cannot afford to attend elite schools and colleges, there is a vast array of community and technical schools with guaranteed admission, incredibly affordable tuition, and most importantly: significant financial aid programs available. A student without financial resources can qualify for tens of thousands of dollars in financial aid annually at any public college in the United States, which is more than enough to cover tuition, supplemental materials, and a one-third or one-fourth share of an apartment with roommates if they cannot afford to live at home. While incurring five or six-digit student loan debt isn’t deeply desirable, the income ratio limitation on student loan payments (10% at the lowest point) means that while the debt incurred could be significant, students can limit their cost on that debt to 10% of their income, which statistically is likely to be more than two times higher than it would have been with just a high school diploma. (Note: There is a significant debt-forgiveness tax bomb lurking 10-20 years in this student’s future, but this is still significantly less than the earnings differential of an education-based career.)

A personal anecdote is helpful here. When I graduated high school, I joined the military and intended to have a life-long career in the military (or at least 20 years for the retirement benefit.) With this intention in mind, I thought it would be beneficial to study history and political science since understanding how the world works and why the world works the way it does are useful skills when you might be deployed to many places worldwide throughout your career. However, by the time I graduated with my double major in history and political science, I was no longer going to be able to remain in the military due to medical issues that arose during my time in service. Consequently, while I’d had a decent game plan going into my education, the output was now a bust. I could either teach history and/or political science in high school (no, thank you) or try to find an ambiguous government job where the degree was irrelevant. Ultimately, the first job outside of the military I had to take was a call center job, providing technical support for the DOD at $11 an hour, entirely removed from the value of the degree that I’d earned. The lesson learned here? When you go into your formal education, have a significant skillset (not just knowledge) from your studies and a clear path forward. By the time you’re within a year of graduation, you should be looking either for graduate studies programs or jobs that your degree clearly supports and should be networking or applying to those opportunities at your earliest opportunity. To graduate college without another educational track or career to move into signals a failure to plan ahead properly. Ultimately, it is a major driver of the underemployment we frequently see in Millennials and Generation Z, as students with knowledge-not-skill degrees graduate without the skills to perform jobs other than teaching others about what they’ve studied, but who didn’t take the time to realize this until it was time to graduate.

Upon graduation from a college or technical school, you should have a clear set of data points regarding the value of your skills. Websites such as salary.com, the bureau of labor statistics, Glassdoor, and others provide national and regional benchmarks for degrees and jobs, allowing students and graduates to clearly value and price the skills they bring to an employer’s table. Students should refuse positions paying below-market rates (unless exigent circumstances are forcing the choice) and should demand at a minimum that these positions provide fair wages, health insurance, and a retirement plan as the minimum benefits package. Without these three elements, being under-compensated puts pressure on the graduate to afford their cost of living and build savings, the cost of health insurance can further compress that earnings ratio, and a retirement plan with employer contributions or matching is a critical tool in building long term wealth.

Exceptions to the Rule

Not everyone will need to attend college or a trade school to be financially successful. We hear all the time about “Mark Zuckerberg, the college dropout billionaire” and others who have innovated their way into great wealth. While I, too, would like to win the lottery of life, hope is a poor substitute for hard work and a methodological approach to building wealth over the long term. Ultimately, wealth building is an exercise in making smart decisions early in life, increasing earnings, keeping the cost of living low, and saving to invest diligently throughout life. If you have a surefire way to break the mold and build wealth through invention or entrepreneurship, go for it! But for those looking for a more predictable path, the steps we’ve outlined today are a strong system for building wealth over time.