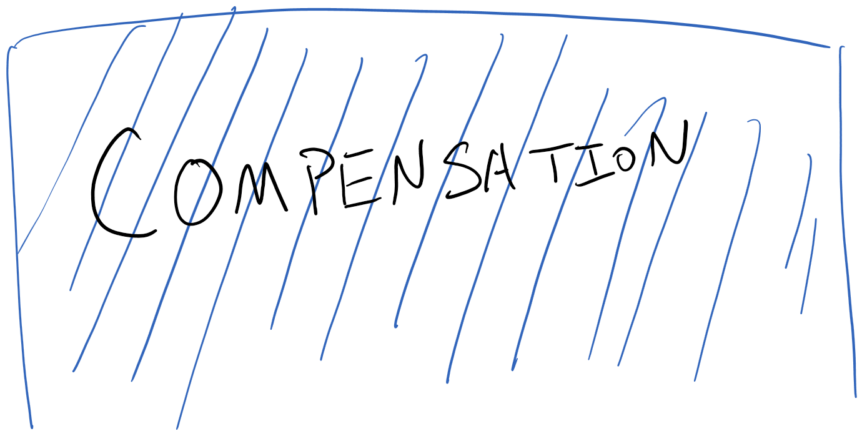 All too often, when you read job posts they look like a list from a hostage-taker, where the demands of the role are laid out in long bullet-pointed lists of ideal qualifications and the tradeoff is a vague reference to the career tier the position is intended for. “Must have 5 years experience, skills including X, Y, and Z, and a Ph.D. in the field is preferred. Entry-level.” Ultimately, these job postings make up some of the most frustrating opportunities for people looking to join a company or career, because while they may meet muster for the role, the role often requires the applicant to make multiple sacrifices of time and energy before it ever comes out to the point that they actually learn what rewards might await them in joining the company. I think of my first promotion at IBM; originally hired as a contractor with a 3-year contract, after hard work on a major project, I was offered the opportunity to convert “to a reg”, or a permanent member of the IBM staff. Excitedly, I said yes and awaited the formal offer letter. Several months later, it came, listing the exact same job title I’d held before along with the same compensation. Even more frustratingly, given a start date of the last week of September or the first week of October, a project conflict led me to take the start date in October. Only later did I learn that you had to have a start date prior to October 1st to be considered for raises, bonuses, or any other form of reward or incentive compensation. So why the long story of woe? Because today we’re talking about the importance of setting job expectations when hiring, providing transparent compensation for those in the hiring process, and the benefit of putting your benefits front and center.

You’ve probably applied to a job before and seen that the job frankly had unrealistic expectations. Roles in call centers, receptionist roles, or other basic positions often come with expectations of a college degree, years of experience, and so on for what amounts to minimum wage or the barest wage the market will bear. It’s absolutely critical that job postings reflect the required skills for a position. That call center position shouldn’t require more than fluency in the language of the customer and rudimentary computer skills. A position as a receptionist should probably require basic word processing skills and organizational skills, but ultimately those aren’t going to be established by requiring a bachelor’s degree. Alternatively, even skilled positions can have unrealistic expectations. My profession is notorious for wanting 2 years of experience for entry-level positions; not because the 2 years is actually required or helpful, but because the firm wants to hire qualified CFP® Professionals rather than do any form of training. Yet, without decent entry-level positions, the pipeline of talent into the field is routed through large institutions that ultimately keep many of the top performers, and otherwise lower quality candidates filter through sales positions at sub-optimal firms, either becoming disenchanted in the profession or finally accruing enough experience to meet the arbitrary requirement. By being realistic and pragmatic about the experience requirements for a position, you ultimately enable more qualified candidates to apply and reduce the potential bias against women (studies have shown that men more often will apply for positions they’re unqualified for, while women tend to apply only when they meet all criteria.)

When developing the compensation plan for a company, pay scales will go a long way. Most businesses make hires based on what they can afford, what the current market rate is, or simply based on what they think their applicant will accept. Ultimately, as a company grows and develops, it will often develop pay scales or pay bands to provide compensation ranges. Doing this out of the gate is a pragmatic step that allows for levelization of compensation, and ultimately produces fairer wages for all employees (not to mention cutting down on potential claims of discriminatory salaries due to unforeseen differences in hiring qualifications.) Developing a pay scale should include several tiers of role (however many layers of the company your organization will likely require), as well as adjustments for the experience of each team member. It should be a given that employees will receive raises at least annually in tandem with inflation and their increases in experience, but there should be equitable rewards for moving up tiers within the company as well. Variable compensation such as commissions or bonuses can be trickier here, but ultimately it’s important that employees know how to qualify for these incentive payments and that they receive fair and proportionate amounts for their work. Herein, I do have a controversial opinion, in that I believe the more senior a staff member is (thus raising their baseline compensation), the lower their variable compensation should be. While the strategic decisions of leaders and managers within an organization can make significant differences, they are already paid a higher wage than lower-tier workers, and their success ultimately rests on the efforts of their team. Thus, I generally incline toward the philosophy that variable rewards should be highest at lower tiers and lowest and higher tiers.

The Benefit of Benefits

Benefits compensation is a win-win for all participants. Several forms of benefits are both tax-deductible expenses for the employer, don’t incur payroll tax, and are tax-free to the employee. Often employers will avoid the hassle of a retirement plan or group insurance and cost themselves more in the process. By simply “making up the lack of benefits in higher wages”, the employer often ends up paying more through a payroll tax and the employee receives less than optimal wages for their work. Ultimately, the adoption of employee benefits is both a necessary step in the development of a top tier team, but also a competitive factor for those looking for positions. To give an example of a robust benefits package, I’ll share the package for people applying to MY Wealth Planners®:

What do all of these benefits add up to? Approximately $8,000 a year, depending on the amount of leave utilization and their total deferrals into the retirement plan. However, simply covering the basic costs for employees and providing them flexibility removes the distraction of extra expenses or needing to budget away time, ultimately leading them to focus on their work at the time and giving them the personal security they need to live a better life. And ultimately, when we ask someone to join our company or our team, aren’t we asking them to live that life through the opportunity we’re providing?