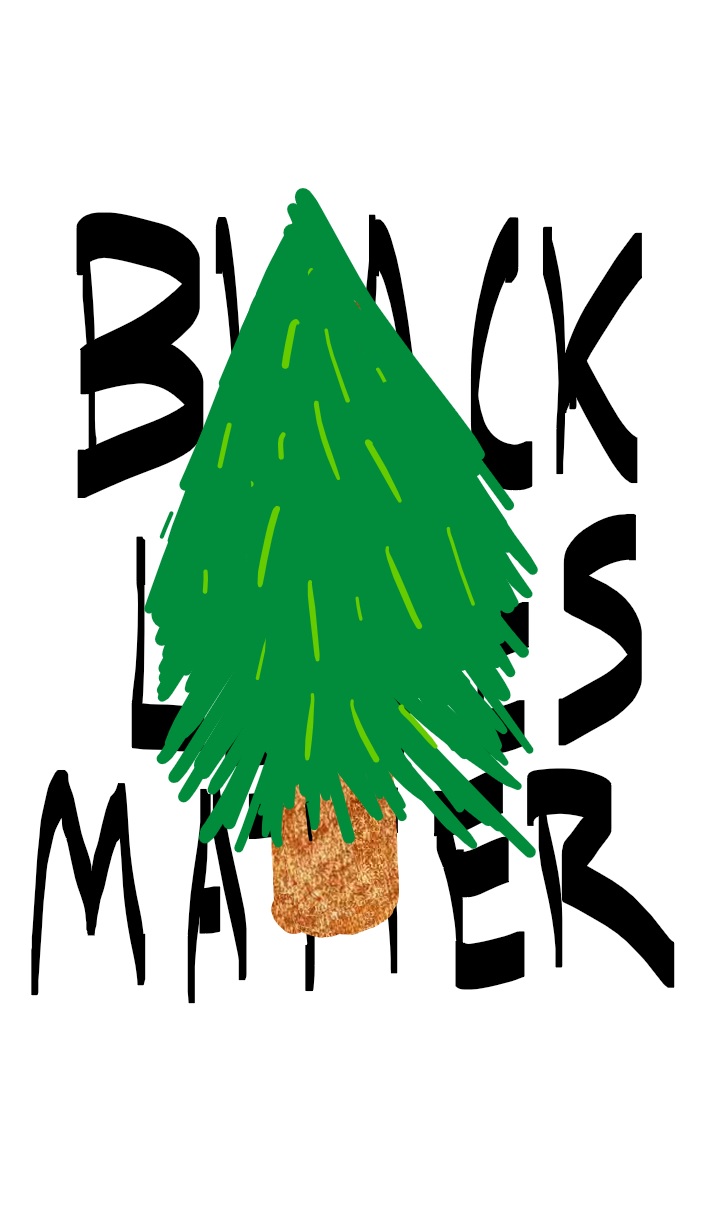 Things are tense right now. As a country, as a people, we’re struggling with the constant push-pull of a system that statistically, anecdotally, and personally seems to have a constant void that needs to be filled by tragedy and outrage. For the past several months it’s been a non-stop deluge of bad news that has to this point seemingly culminated in the murder of an innocent man. From there we’ve stepped off into the next outrage and our collective attempt to cope with something we’re ill equipped for. This is my attempt, however rambling and inarticulate, to express my perspective and experience in all of this. I don’t have some hidden or world-altering insights into the events that have triggered all of this. This isn’t an argument with an agenda, it’s simply my perspective. Summarily it was a tragedy that we all agonizingly have witnessed over 9 minutes and that we all experience our own forms of discomfort, grief, and anguish over. Rather, much of my own discomfort is drawn from how people have responded to this atrocity. To be frank, writing all of this feels very “touchy feely” to me, but sometimes we have to step out of our comfort zones.  Some context, however, is required.

I’m the son of two law enforcement officers, both of whom served in a county sheriff’s department for several decades. My mother went the “corrections” route, focusing her career on leadership, policy, and project management within the department around the jail, conditions, and treatment of prisoners within the jail system before transitioning to working as a consultant in related areas. My father was a “beat cop” in the best sense, who over his near thirty years on the force would participate in almost every role you can imagine in a county law enforcement office. Each of them has had experiences in the role of law enforcement that were projected onto me as a child and since. Many good, some bad, but each of which has had a profound impact on my worldview.

My father was involved in what is described as “a good shoot” in 1998. Two men armed with guns stormed into a private home and conducted an armed robbery of the occupant in broad daylight. The victim made a call to the police as soon as the robbery was ended, and shortly thereafter my father pursued a suspect vehicle attempting to evade roadblocks that had been quickly established in an attempt to catch these dangerous criminals. Forcing the suspect vehicle to stop, upon attempting to approach the vehicle from the front the driver threw his vehicle into gear and attempted to run my father down in the road. My father fired into the vehicle, which thankfully missed my father, before speeding away in another attempted escape. Pursued for several miles further, the suspect was finally stopped and detained, found to have been shot in the left arm by my father. A gun with the suspect’s fingerprints was found in a ditch along the isolated road the incident had taken place upon between where the shoot had occurred and where the suspect was finally detained.

The next day, the headline in the Press Democrat (a publication serving the bay area and counties north, with a readership numbering in the millions at the time) in the A1 slot read: DEPUTY SHOOTS FLEEING TEEN DRIVER – ROBBERY SUSPECT WOUNDED IN ARM BEFORE CHASE (June 24th, 1998). The article (which is searchable in archive) went on to describe the events in a bizarre manner, first describing the history of shootings by police in the county and describing the series of events in a manner that suggested that my father had shot an unarmed teenage boy on suspicion of being a robber (it’s noteworthy that the suspect was tried and convicted). The headline struck a chord with my father. After over twenty years of law enforcement experience, in his first shooting, the media had (without witness) decided to take the tone of “neutrality”, giving the benefit of the doubt to a criminal who would later be convicted and painting my father as the aggressor when he had fired in an attempt to save his own life. My father has never been the same since then; admittedly not in a way that I recognized as a child at the time, but in how he views the world today. With a strange blend of optimistic suspicion: that he is equipped to handle whatever the world might throw at him, in spite of the fact that his proverbial “dancing days” are done. This is compounded by a number of tragedies that befell his peers over the years, which at assorted times I was too young and just old enough to understand: the murder of his fellow officers, sometimes in the line of duty, other times in their off-duty lives. It did not quite strike a young child that the friends of his parents who came to family barbeques sometimes disappeared not because they were just missing this one, but because they would never be able to come back again.

My mother on the other hand, as mentioned before, spent the bulk of her career in the corrections side of the profession. Corrections is a tough business, particularly at the county level, because the men and women who pass through a county jail can range convicted criminals to innocents who have been arrested or charged under suspicion. She made a lifelong career that she fulfills to this day of working on project teams to improve jail conditions, enhance and modify policies to reduce the friction between law enforcement officers and detainees, and more. In 2002, with my father medically retired from the force due to injuries sustained in the line of duty, she accepted an offer to transition from the county sheriff’s department to work at the National Institute of Corrections; a federal training agency focused on the humane treatment for detainees and inmates. For decades she has worked on team projects ranging the architectural operational narrative document that will assist int the closing of Riker’s Island and the development of borough-based faciltiies, to the wholesale reconstruction of the New Orleans Parish operational policies and procedures within the jail system after lawsuits filed against the Parish for violations of civil and human rights came out of the abhorrent conditions in the corrections system there. She has assisted in training and facilitating for hundreds around the country. She has dedicated a lifelong career to fundamentally making some of the most difficult days in a person’s life (those days spent as a prisoner, innocent or guilty, in for a short or long stay) as humane, painless, and safe as possible, and while that task is far from over, that commitment has made a difference.

The final piece of context is my own life experience. In the United States Army I was trained as a PSYOP Specialist. Without getting too much into the gritty details of this experience, the special operations training of PSYOP Soldiers conditions us to evaluate every piece of content or messaging we see immediately. Something as simple as a bus-stop ad is immediately stripped down to its assorted components, its message analyzed, its source scrutinized, its intended effect ultimately and incontestably determined. This process is automatic, instantaneous, distracting, and ultimately at times exhausting. This has been a useful skill at various points of my life, at other times a curse (I can’t bear to experience something like an abstract art gallery), but as of late it has become borderline unbearable. Why? Because the amount of content stating one thing that is at odds with its intention is overwhelming in our public discourse right now. The canned statement of a clothing company about allyship, sympathy for community members over their grief for the tragedy, and the company’s self-reflection about its own internalized issues with race, flags red to me as its true meaning pops up before my subconscious: “We don’t want you to boycott us, so we’re saying what our PR consultants told us to say to make sure you don’t.” This isn’t terribly troubling, it’s a natural reaction for any business to attempt to mitigate or downplay any controversy whether real or perceived. This becomes more difficult when parties who carry positive reputations show their more cynical intentions.

For the past week, the non-stop deluge of corporate PR self-preservation, thought leader virtue signaling, dismissive hand-waving at people’s deep concerns regarding what’s going on right now, and self-serving opportunism has been exhausting. Not only because of that tiresome automated process of drilling down into the subtext of every message that flashes across the screen, but because of the contradictions in more honest messaging from well-intended actors. It is difficult for me to read any description of police aggression in the news and to immediately take it as true, because I remember the father who read the article that implied he was a menace sitting at the kitchen table in silence as his life and view on the world changed forever. I find no truth in the constant accusation that police across the country are racist sociopaths on a power trip looking to hurt people, because that simply does not gel with my lifelong witnessing of my mother’s efforts to better the lives of everyone in the justice system. I have read countless papers and thought pieces on the history of racism within law enforcement and the foundational bedrock that often undermines the individual good intentions of the officers at work. However, the constant “us versus them” messaging clashes with the simple knowledge of dozens of law enforcement officers I’ve known personally, grown up with or around, and seen go for decades without so much as a bad incident on their record. I cannot see the forest for the trees, or in this case the institutional racism when I see no individual malice among those I’ve grown up around. I cannot reconcile a worldview that sees a profession of largely selfless people working day after day in dangerous and emotionally exhausting work as being tainted wholesale by the abhorrent behavior of the very worst of their peers. Much in the same way that no black man would want to be treated and accused of being guilty of a crime by simple judgment of his skin, I cannot accept the default impression that the officers who put their lives on the line daily are in it for cruel and inhumane reasons. I recognize that all of this is a reflection of my personal experience and biases; that much like anything else in the world, at some level I am not entirely right and not entirely wrong.

Simply put, I am not grieving; not in the way many Americans are. I am not angry, much in the way many Americans are. What I am, is deeply disappointed, disheartened, and tired. I watched an innocent man be murdered over the course of nine minutes, and now I am watching smart, caring, dedicated, and passionate people try to eat each other alive as a coping mechanism. I try to live (and regularly fail) with the world view that you should never attribute to malice that which you can attribute to misunderstanding, error, or ignorance. With that in mind, I close with this simple but powerful thought by that great orator, Stephen Fry:

“I am here precisely because I think all this has got to stop: This rage, resentment, hostility, intolerance, above all this ‘with us or against us’ certainty… neither on each side can hear a word that the other shrieks and nor do they want to…. I think it’s time for this toxic, binary, zero sum madness to stop before we destroy ourselves.”

I certainly hope that we can.