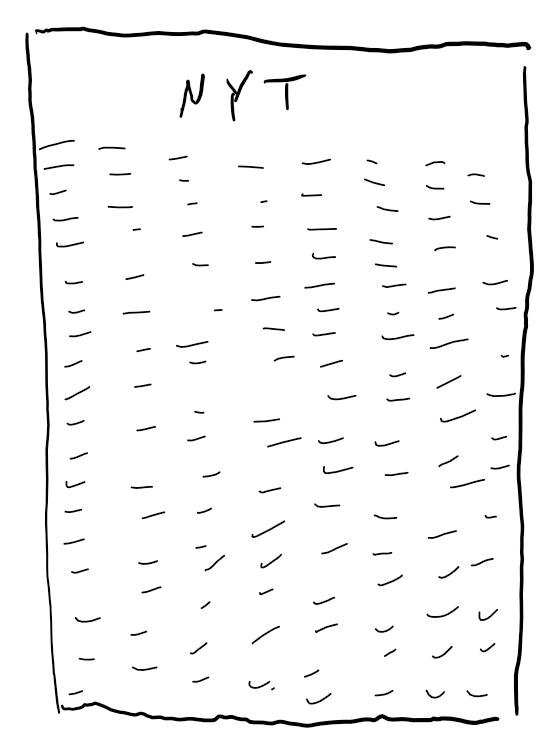 I don’t like to bring up that I’m a Veteran very often. It’s not out of some sense of secrecy, shame, or other emotional motivator. Rather, simply that I’d rather not identify myself forever more by a six-year period of my life. I was fortunate enough that my time in the military was unremarkable, and moreover lucky that it was rarely marred by tragedy. Very few of the people who I served with died while I served with them, more dying in units adjacent or after my time near them had passed. In truth, more soldiers I knew have died since my time in the service by accident or suicide than died when I served with them. To this day, I wear a memorial bracelet with First Sergeant Billy J. Siercks’ name on it, who was wounded by mortar fire on September 27th, 2011 in Afghanistan, and died in Germany on October 1st. I wasn’t there when it happened and I hadn’t seen him in years, but his impact in my life was profound and I never want to forget him.

This past week, the New York Times published a list of 1% of the nearly 100,000 who have died from the current healthcare crisis with quips about who they were, were like, or what they loved. Grandmothers, sons, holocaust survivors, war heroes, mailmen, architects, and others lined the pages of that piece; A somber “His name was Robert Paulson” for a small number of those who were lost. Yet, as we face down this heartbreaking monument to the tragedy we as a nation have suffered, we are forced to recognize the stark reality that this isn’t over, that it won’t be for some time, and much like the wars we have fought, there will be losses that are recognized and forgotten. For every month we have delayed cancer screenings as optional rather than necessary medical services, 158,000 cases go undiagnosed. Suicide hotline calls have increased 600%. Thousands if not millions will die from issues caused due to the shutdown, from depression, to poverty, to lasting health issues that will arise from isolation and hopelessness. The legacy of the pandemic will likely not be its direct casualties, but those indirect and suffering “others” for many years to come.

Financial planning is typically built with a few sacred cows: That life is full of unexpected events and in contrast that we should assume you live to 100, lest you live a long happy life and outlive your savings. The process focuses on optimistic goals such as sending children to college debt free, achieving financial independence early, living in our dream home and so on. For all its conservative and pessimistic technical underpinnings, it is an optimistic process when fulfilled. “I have gone from uncertainty to a sense of surety about the future. I know when and how I will achieve my dreams.” Yet those pessimistic undertones of risk management (budgeting, life insurance, and so on) do come to pass in the real world. We read about the tragedies that befall others, pray it doesn’t happen to us, and if we’re truly responsible then we plan for it to do so lest it does. Financial planning is often the make or break of life plans, whether because they are deliberately accomplished or because the unexpected was prepared for. Much like the names we remember for the holiday and the list of names in the NYT, some were prepared, others were not. What has made the difference for those who remain to remember them, those who cared about them, was in part the preparation for the unexpected while in pursuit of their life’s work.

Over the next several years, possibly decades, we will know people lost to recognized and unrecognized causes. The wars we’ve been fighting for nearly two decades will continue to claim lives. The healthcare crisis will continue to take a toll both in figures reported in the news and that go unnoticed by pundits. It is on us to plan for the brightest future we can while understanding that we may be part of those numbers someday. It is on us to never forget those who are part of those numbers already.